Ariel Barbee, Robert Petrie, and Maura Quinn (all Class of 2021 graduates) will be calling Metropolitan France home for seven months while they teach English to French students in the primary and secondary levels.

Professor of French Devan Baty says it is rare for one Cornell graduate to get this opportunity with the Teaching Assistant Program in France (TAPIF), let alone for Cornell College to send off three graduates. TAPIF is a highly selective program sponsored by the French government that offers teaching positions to American citizens.

Barbee, Petrie, and Quinn will gain valuable experience teaching and expand their professional networks. In addition, all three will be eligible for scholarships for graduate study in France and in the United States. 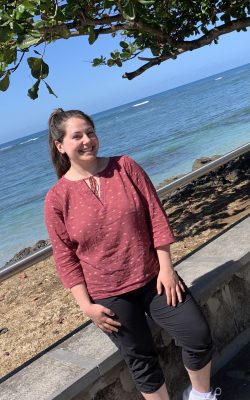 Barbee moves from Chicago to Cornell to France

Barbee, who considers the Chicago suburbs her hometown, double majored in French and English and creative writing while also earning a minor in gender studies at Cornell. She will be teaching middle and high school level students in the Académie d’Amiens, a school district region in the north of France. With the changing landscape of COVID-19, Barbee is still waiting to hear if she will be teaching online, in person, or some combination. Either way, she is excited to be traveling to France in October when her position starts.

“The experiential learning that the Cornell French program provides is really invaluable,” says Barbee. “I wasn’t just studying textbooks; I was getting out into the community, volunteering, traveling, and really talking to people. I first started English tutoring at the Catherine McAuley Center and realized that I enjoyed teaching English. I first got on an airplane and went to a different country in Devan’s [Professor Baty’s] Martinique class. It was during one of our wonderfully long advisor/advisee talks that I first learned about TAPIF from [Professor of French] Rebecca [Wines]!”

This opportunity is even more meaningful, if that’s possible, to Barbee precisely because COVID-19 did disrupt some of the plans she had over the course of this past year.

“I also felt really relieved that I knew exactly what I would be doing after graduation and that I would get to travel! It’s been my dream to travel more, and while I am very thankful to be safe and healthy (and vaccinated now!), the pandemic definitely disrupted a lot of my academic and future plans I had been working on before,” says Barbee. “So that’s why I was so ecstatic and very thankful to have gotten this opportunity to work in TAPIF!” 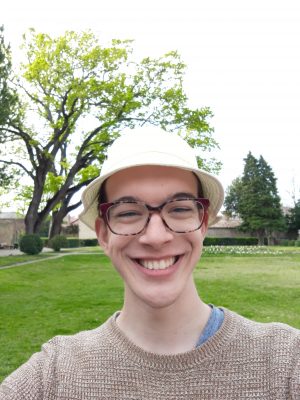 Petrie elated to make up for lost time through cultural immersion

Petrie hails from Minneapolis and majored in anthropology while earning three minors in French, Russian, and studio art at Cornell College. He will be teaching primary school students in southern France and is elated to be tacking on more immersive experiences in France, especially since COVID-19 had derailed some of his previous plans to spend last spring and summer in France. He also says he is excited to gain more experience in a classroom as he considers teaching as a possible career path.

“The opportunities I have had thanks to Cornell’s Off-Campus Studies programs have helped me put into real-world use all the skills I have learned in both my language courses and my anthropology studies,” Petrie says. “I was able to spend my entire junior year abroad and feel much better suited to return to France as a worker having already lived there as a student.” 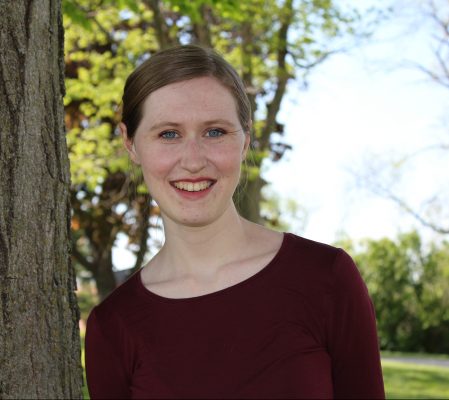 Quinn came to Cornell College from Rome, Georgia and double majored in medieval and early modern studies and the history and culture of music. She was the senior class president in the Student Senate and was elected to the nation’s most prestigious honor society, Phi Beta Kappa. She will be in l’Académie de Rouen, in Normandy. She expects to be teaching in person, barring any unforeseen changes with the state of the pandemic. She is looking forward to improving her French and seeing life from a different global perspective.

“Taking a language course on the block plan is a little weird because I learned a lot in a very short period of time,” she says. “I took four semesters of French, 101-205, in six months; I had not studied French before coming to Cornell and often felt I didn’t understand it at the time. But as I continued to practice while not taking French courses I realized that I knew a lot more than I thought, like when I could recognize a conjugation reading French sources for another class.”

Quinn credits Professors Baty and Rebecca Wines’ courses for preparing her for this opportunity. She says she hadn’t studied French before Cornell and with the ongoing support inside and outside the classroom from her French professors, she has made leaps and bounds in her progression in the language.

“It is a great honor to have even one of our graduates accepted;” says Baty, “having three is an unprecedented achievement that reflects the high caliber of our Cornell College students. Bravo et bonne continuation, Ariel, Maura, et Robert!”