Cornell welcomed a number of new faculty members for the 2021–2022 academic year, including these six full-time faculty. Their expertise ranges from stage design to bioinformatics to European Union policy. 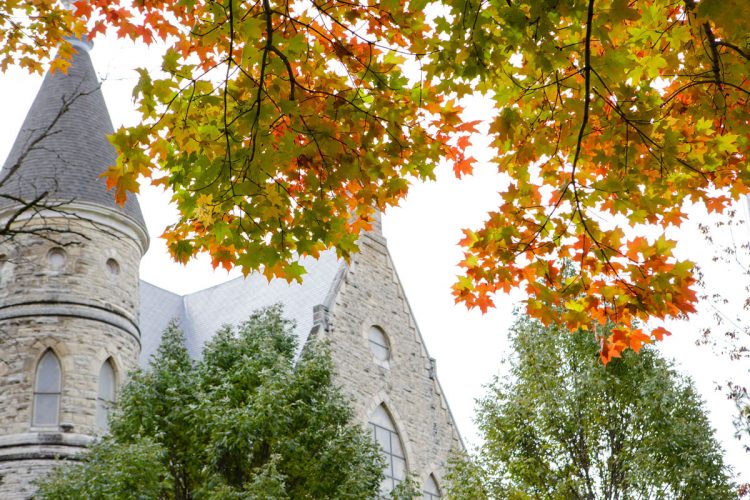 Amjad Abu EL EZZ Banishamsa is a Fulbright Scholar in the Department of Politics, on leave from Arab American University in Palestine. He is an expert in international relations with a focus on Middle Eastern politics and European studies  At Cornell he will teach Politics of the Middle East, European Union and the Middle East, Introduction to International Relations, and Political Economy of Developing Countries. He will guest lecture in other classes and present a public lecture in the spring. Banishamsa worked for the British American Security Information Council in  London as International Consultant and Gulf Director and has over 10 years of experience as a journalist, mostly in the Middle East, and has cooperated with the BBC since 2003. He holds a doctorate from Durham University with expertise in European Union policy.

Karen Goering is a lecturer in the Department of Classical and Modern Languages, where she teaches Spanish 101, 102, and 103. Her interests are in world language pedagogy, curriculum design, and materials development. Prior to pursuing her doctorate in multilingual education from the University of Iowa (now in progress), Goering taught high school Spanish for many years in the Chicagoland area. She currently also works with pre-service world language teachers at the University of Iowa helping them prepare for their assessment and supervising them in the field.

Lauren Jepsen ’12 is a visiting assistant professor in computer science, a two-year appointment.  She holds a doctorate in bioinformatics from the University of Michigan and a B.A. in biochemistry and molecular biology and mathematics from Cornell College.

Shawn Ketchum Johnson is the technical director and lecturer in the Department of Theatre and Dance. He received his B.F.A. in studio arts from the University of Iowa, and his M.F.A. in stage design from Northwestern University.

Yamila Transtenvot is a lecturer in the Department of Classical and Modern Languages, where she teaches Spanish 101, 102, and 103. Her academic interests include creative writing in Spanish and Latin American literature. She has worked as a writer, teacher, and translator. Transtenvot holds a master of fine arts degree in Spanish creative writing from the University of Iowa.