With the public craving live music, and regional musicians ready for work, Cornell College is pleased to announce its first full 2021-22 Cornell Concert Series. The four events featuring jazz and classical ensembles include a concert of work by contemporary composers, and a soprano recital of songs by women composers.

Dean of the College Emeritus and Artist Instructor of Clarinet Joe Dieker coordinates the series and has chosen to highlight outstanding area musicians.

“We are featuring local and regional musicians this season,” Dieker said. “During the pandemic so many professionals were not able to work and many are also part-time teachers and have an association with Cornell. We want to support these musicians through this year’s programming.”

All concerts will take place in Kimmel Theatre except the Spring Music Festival, which will be outdoors on the Kimmel patio, weather permitting.

In a concert titled “Licorice Schtick,” violinist Miera Kim and cellist Carey Bostian, directors of Red Cedar Chamber Music, will be joined by violist Elizabeth Oakes and clarinetist Christine Bellomy in a program of works by living composers. On the program are Cedar Rapids composer Jerry Owens’ “Licorice Brittle,” a work by the group’s Iowa City composer-in-residence Michael Kimber, as well as pieces by contemporary composers Natalie Hunt, Gwyneth Walker, and Jeff Smallman. 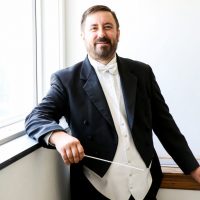 Patel will perform a voice recital titled “Music of Women Composers.” The Iowa City-based singer has been noted for her “exquisite control and warm vocal timbre” and for her “indomitable spirit” and “sweet, clear quality.” She has recently performed with the Jacksonville Symphony, Eastern Connecticut Symphony, Cedar Rapids Opera Theatre, Yale Symphony and Philharmonia Orchestras, Orchestra Iowa, and at Carnegie Hall. She holds a master of music degree in voice (opera) from the Yale School of Music, where she was the winner of the David L. Kasdon Memorial Prize in 2017.

The outdoor festival will feature the Jim Buenig Jazz Ensemble, and the Mektoub Ensemble

Jim Buennig, director of the Cornell College Jazz Ensemble, is an Iowa City-based saxophonist specializing in a multitude of musical styles with his main focus being jazz. Joining him in the quartet are Dan Padley on guitar, Crystal Rebone on bass, and Chris Jensen on drums. The group has performed regularly at the Iowa City Jazz Festival, the Bix Beiderbecke Memorial Jazz Festival, and for KUTX’s jazz series in Austin, Texas. In addition to a busy performance schedule, the group has released five albums and produced a livestream concert series throughout the pandemic. 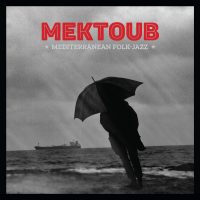 The Mektoub Ensemble performed at Cornell’s 2021 Spring Music Fest. The Iowa City group performs a repertoire of original music by singer-songwriter Daniel Gaglione that is sometimes described as jazz with roots in the Mediterranean and the Americas. Gaglione, an immigrant from southern France, has a compositional style rooted in influences from reggae, jazz, and musical traditions from North Africa, and his joyful lyrics often speak to values of social progress and love. The ensemble came together in 2019 and has been steadily adding new members. Its current lineup is Gaglione on mandole (a North African stringed instrument) and vocals; John Rapson on keyboard; Ryan Smith on saxophones, clarinets, and flute; Justin LeDuc on drums; and Blake Shaw on bass.

Cornell’s public music series dates to 1899 with the inception of the May Music Festival. After 100 years the festival became Music Mondays, featuring a series of Monday evening concerts. In its new incarnation the series brings an eclectic variety of musical styles to the campus in indoor and outdoor venues throughout the year.