Winifred Van Etten’s Copy of “I am the Fox”

Winifred Van Etten’s Copy of “I am the Fox” 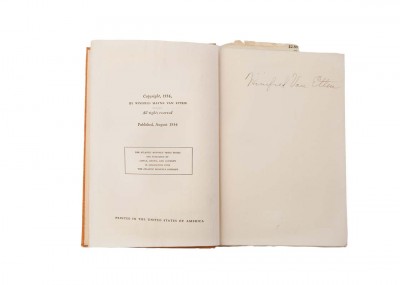 In 1935 Winifred Mayne Van Etten ’26 was fired from her teaching position at Cornell—she was newly married and administrators thought it was unethical to keep a married woman on staff when so many single women needed jobs. She used her time off to write a book that would go on to be a bestseller and hailed as an icon of modernist literature. The book, “I am the Fox,” was submitted by another longtime Cornell English professor, Clyde “Toppy” Tull, and won the Atlantic Monthly’s $10,000 prize for 1936. After the publication of her only novel, she was rehired and taught at Cornell until 1968.