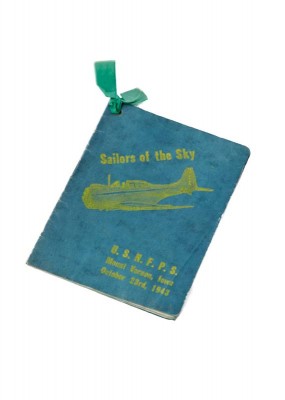 From 1943 through 1946 Cornell was host to more than just students. Naval recruits were on campus, about 600 at a time, and nearly 4,000 in all, to take part in the Naval Flight Preparatory School. The recruits lived in Bowman, Merner, Rood, and Guild halls and ate in Bowman Hall. They used 24 classrooms in Law and College halls and shared the gym with Cornell students. Cadet Dennis Weaver’s name appears in this program. He later became famous as Chester in “Gunsmoke.”