Master’s Thesis on Evolution and Creationism

Master’s Thesis on Evolution and Creationism 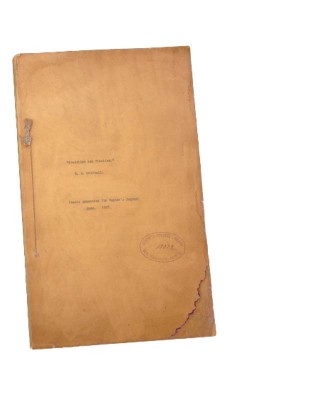 In 1894 the first mention of evolution appears in a Cornell College catalog. It was taught by William Harman Norton, Class of 1875. By 1897 evolution had its own course at the college. Norton was both a committed Darwinian and a religious man, and while the teaching of evolution was controversial elsewhere, it appears never to have caused concern at Cornell. This is the second oldest student thesis in the Cornell archives. It was customary at that time for the college to award master’s degrees, upon payment of a fee, to graduates of good moral character engaged in an intellectual or professional pursuit.