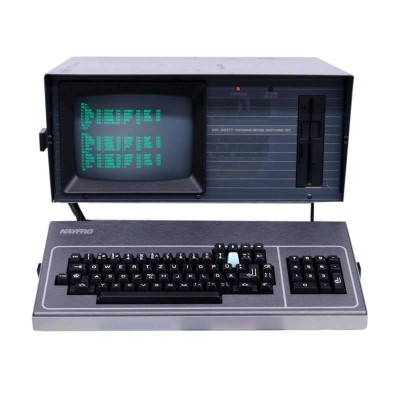 The first computer arrived on campus in 1967, an IBM 1130 that was shared between the business office and academic departments. By 1971 the college was offering courses in computer science, and it was offered as a major starting in 1983. During that time computers moved from unwieldy beasts to smaller models like the college’s first personal computers, the Kaypro.