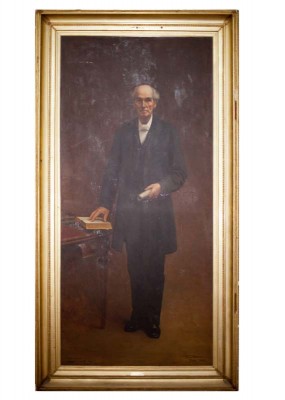 George Bowman was persistent, devoutly Methodist, and a master fundraiser. Before his founding of Cornell, he raised money to start several churches, including one near Mount Vernon. After founding the college he spent more than a decade as president of its board of trustees, and supported it even afterward, donating half the cost of building the women’s residence hall that bears his name. His portrait, nearly life-sized, looks out into the auditorium lobby of King Chapel.