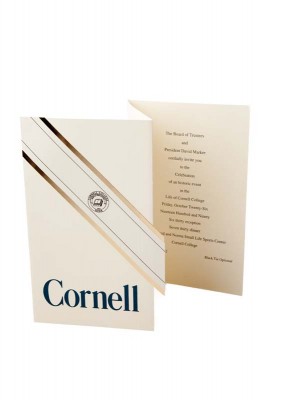 Money matters—it keeps the college’s doors open, and makes it possible to offer a great education and great facilities. This invitation is for a 1990 gala at which it was announced that Richard Small ’50 and his wife, honorary alumna Norma Thomas Small, gave the largest gift in Cornell’s history, $20 million. And in 2010 Cornell announced that it had raised more money than any other private liberal arts college in Iowa during its Extraordinary Opportunities Campaign.