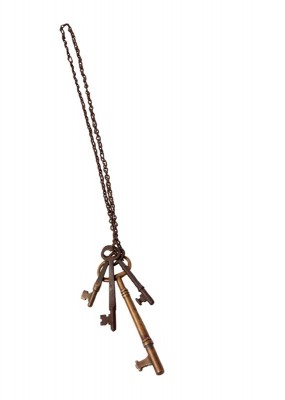 These keys were given to future president William Fletcher King when he arrived on campus in 1862, and unlocked the front door to College Hall, as well as his office. College Hall marked the shift from the Iowa Conference Seminary to Cornell College, and was part of an early expansion of the campus and a way of realizing the school’s ambitions to produce graduates grounded in the precepts of the traditional liberal arts and sciences.