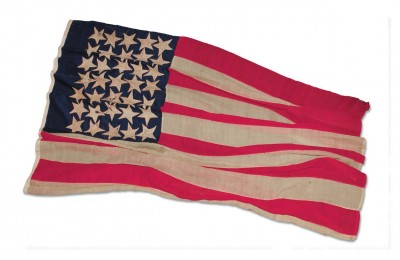 This flag was made by four Cornell women and given to a Cornell High School student going off to fight for the Union in the Civil War. The war pitted brother against brother, and, in one case, Cornellian against Cornellian. John Alexander Bonaparte Putnam, who fought for the Confederacy, found that one of the men his company was holding prisoner was a fellow alumnus and helped him escape.