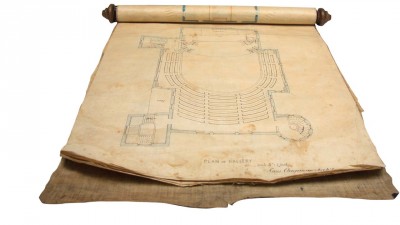 In 1874 the board of trustees wanted a chapel worthy of Cornell’s ambitions, and hired Chicago architect Cass Chapman to design the building. It would take eight years (and nearly bankrupt the college) but in 1882 the chapel, with its gothic towers and painted glass windows, opened. Today it bears the name of the man who worked hard to ensure its building and the survival of the college, president William Fletcher King.