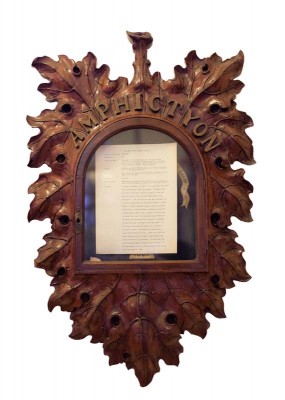 From 1853 until the 1920s, literary societies were the primary social outlet for Cornell students. Amphictyon was the first, founded by Principal Samuel Fellows just days after Cornell opened its doors. After 1927 the societies disbanded and some became social groups. Two of those still remain active: the Milts, descended from the Miltonian Literary Society, and the Arrows, descended from the Aonian Literary Society.