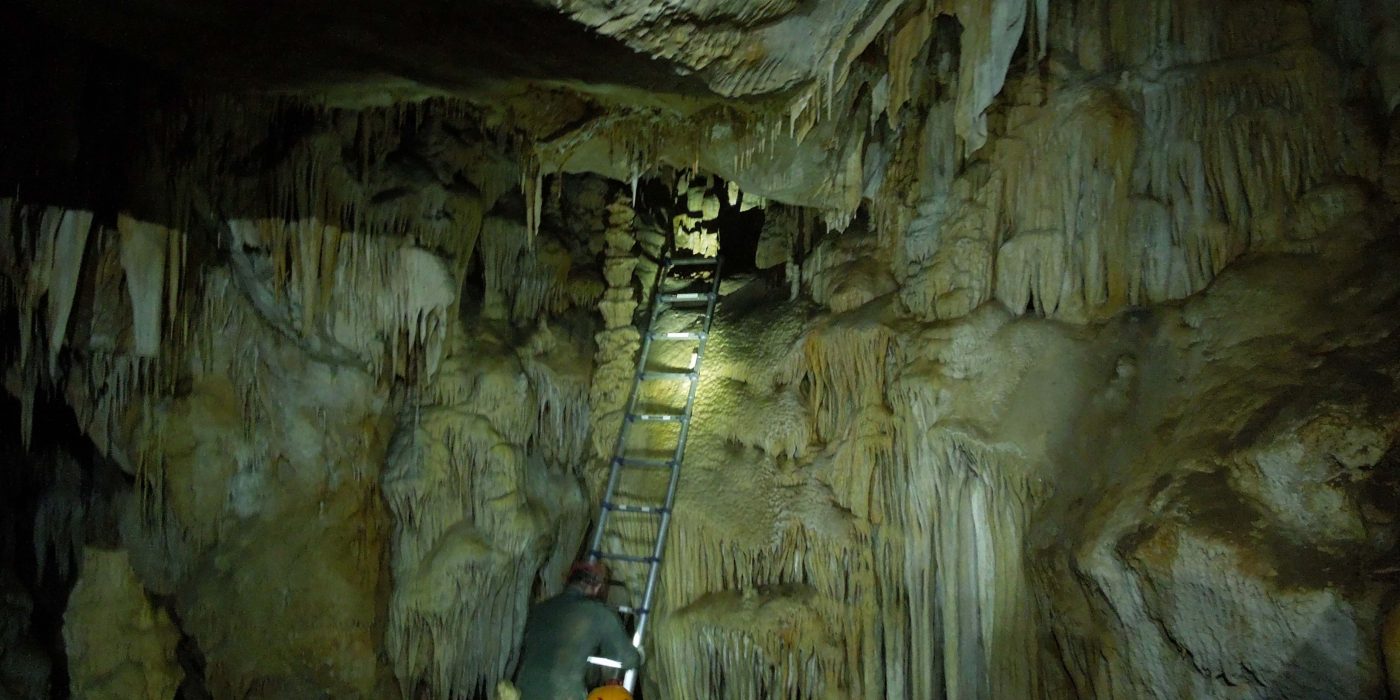 A team of researchers has discovered human activity is the cause for drying out the climate in southwestern Europe.

Using funding from a 2018 National Science Foundation grant, a multidisciplinary team of researchers, including Cornell College William Harmon Norton Professor of Geology Rhawn Denniston, identified how and why droughts have occurred in southern Portugal over the last millennium. The latest findings were just published in the Journal Nature Geoscience.

“Using stalagmites and cutting-edge climate model simulations, this study found that a big area of atmospheric high pressure in the eastern Atlantic Ocean–the Azores High Pressure System–has been responding to increased levels of carbon dioxide (C02) in the 20th century from human activities such as the burning of coal, oil, and natural gas, and as a result, is increasing the frequency of dry winters,” Denniston said.

The Azores High Pressure System is located in the Atlantic Ocean, west of Spain and Portugal. In the region’s Mediterranean climate, most precipitation falls during the winter rainy season and the Azores High strongly impacts how much rain falls.

“The stronger and bigger this Azores High Pressure System is, the less rain is going to fall in southern Spain or Portugal and the drier the area is,” Denniston said. “When the Azores High moves south, gets smaller, or becomes less intense, storms have an easier time reaching land and bringing more rain to Portugal. We’ve discovered that these large Azores High events are occurring more frequently in the 20th century than any other century in the last 1,200 years.”

The geologists on the team, led by Dr. Alan Wanamaker (Iowa State University) and his doctoral student, Diana Thatcher, previously used stalagmites as the proxy to understand the history of the Azores High and the resulting rainfall. The chemistry of the stalagmites preserves past climate variability as the stalagmites grow over time.

Denniston has been using stalagmites to study climate for decades. He analyzes the chemistry of tiny samples taken from within the layers of the stalagmite, which preserve the precipitation history. The stalagmite used in this analysis came from a cave on the western edge of Portugal.

“The ratio of isotopes in the stalagmites changes depending on the amount of rain,” Denniston said. “As the water drips into caves, stalagmites forming from the water preserve those isotopic ratios. By sampling the stalagmites, we are able to look into the past to see how precipitation varied. We date the stalagmites very precisely by measuring the ratio of uranium to thorium, which tracks the age.”

Next, climate modelers in the group, led by Dr. Caroline Ummenhofer of the Woods Hole Oceanographic Institution, and her student Nathanial Cresswell-Clay, used cutting-edge climate model simulations to understand why the rainfall patterns had changed. They found that the Azores High has been responding to the rapid increases of carbon dioxide in the atmosphere released in the 20th century by the burning of fossil fuels.

So what does this mean for the future? Denniston says it’s not great.

“On one hand we are discovering something really interesting about the way the world works,” Denniston said. “On the other hand, what we are finding is something really depressing. The thrill of scientific discovery is offset by the very unpleasant implications of this work for our future. Our results support other climate modeling studies that predict tough times ahead for Iberia.”

Denniston notes that one such study projects that by 2050, there could be a 25-99% reduction in grape production in Iberia due to severe water deficits.

The geology professor says that while this is a hard reality, it’s one we need to learn from.

“If we are going to be able to adapt to climate changes, we need to be able to anticipate them,” Denniston said. “And what this climate study suggests is that the 20th century was different from any other time in the last millennium and that the reason is because of human activity. It’s increasingly looking like we need to start thinking seriously not just about trying to minimize climate change but also how to deal with the climate shifts that we are facing.”

Each member of the research team has a distinct role in these findings, and several Cornell College students helped in caves and laboratories with Denniston’s research in Portugal over the last 18 years.