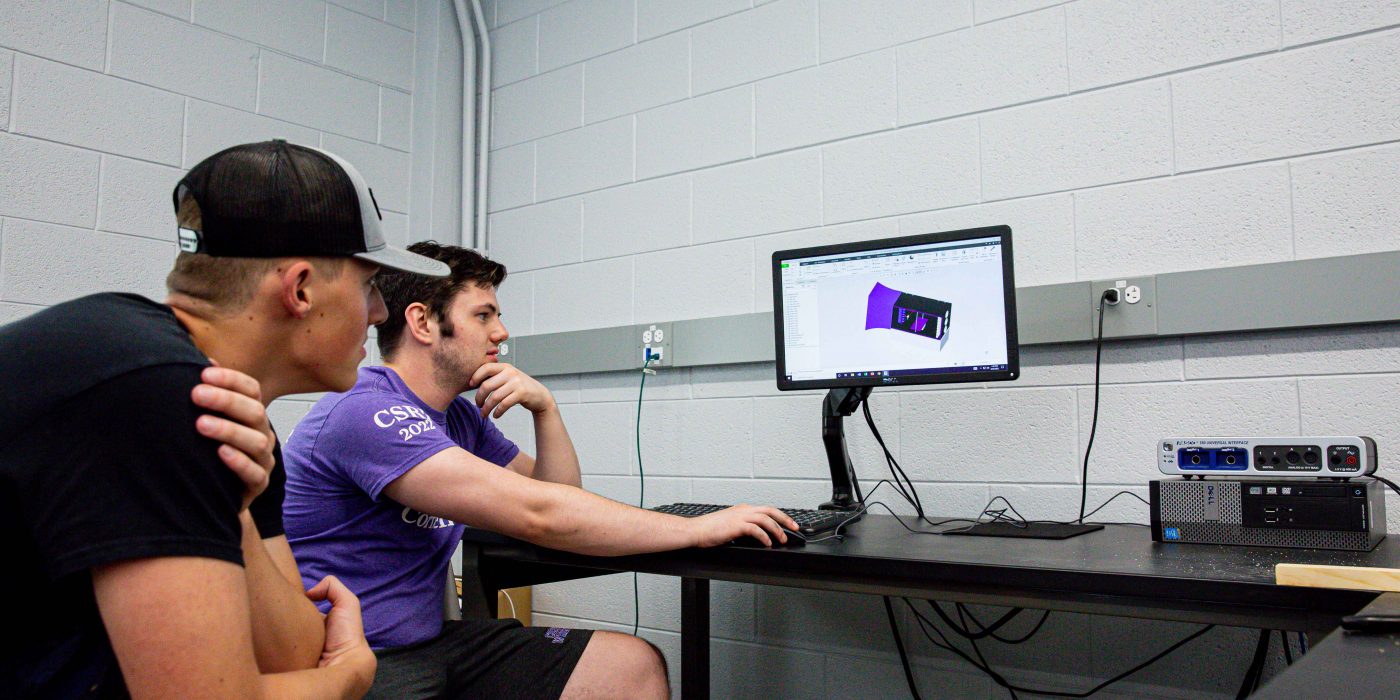 Kamran says wind tunnels can be large or small and are essentially large tubes that have wind blowing into it. They’re used to study how air moves in and around objects such as cars, airplanes, buildings, and even golf balls.

“Earlier cars, for example, look like a box,” Kamran explained. “As time goes on, the cars are more streamlined. They are streamlined to avoid friction, which saves fuel. The same for airplanes–we want airplanes to fly easier with less fuel. For buildings, we don’t want our buildings to have unwanted vibration.”

Shaw, a Colorado native who plans to start officer training with the Air Force or Space Force after graduation, says they first had to choose a design and then stick with it.

“We’ve built our wind tunnel out of wood, PVC, and foam. It’s sturdy. It’s lightweight, so it can be moved around without being too heavy and it’s not as big as some of the metal ones,” Shaw said.

They also had to buy materials and stay within the budget.

“Our first week was really bouncing around ideas–a lot of whiteboards were involved,” said Sanders, who is from Iowa. “Once we got some better ideas and put things together we started writing them on paper, which then transitioned into PTC Creo, a 3D modeling software, where we really put our ideas together and got a firm model that we based our work on.”

Kamran says the team needed to include components to demonstrate flow visualization and measure forces.

“Flow visualization is when we want to see the flow around the object,” Kamran said. “It can be done with different techniques like adding dye or smoke to the air coming into the wind tunnel to see how it moves across the object. The other thing we are interested in is measuring forces–the air resistance or drag force and the upward force or lift.”

Both student researchers say they enjoyed the independence of figuring out how to engineer the wind tunnel during CSRI and know they’ve learned a lot.

“I’ve definitely learned time management, communication skills, and budgeting. It’s also a good opportunity for me to demonstrate what I’ve learned throughout these past three years of college to a real-life application,” Shaw said. 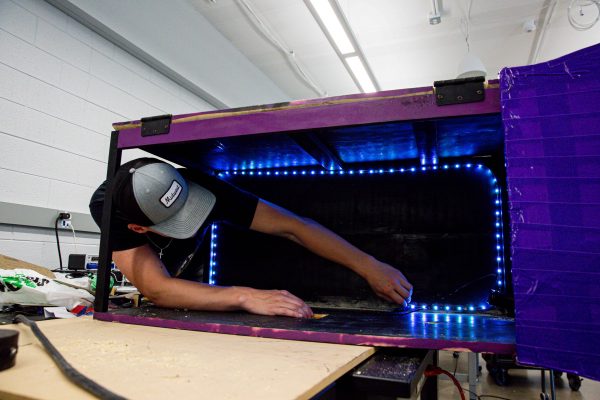 Plus, it has changed the way they think.

“Something unique to Cornell is you’ll spend a whole month doing something [on the block plan]. In this case, during CSRI, we’re doing two months,” Sanders said. “Your brain gets really wired to start thinking about that one experience, so I’ve already been picking up aerodynamic ideas outside of this work environment.”

Even though CSRI has ended, Kamran plans to put the new wind tunnel to use in her Fluid Mechanics class this coming academic year.

This was one of many projects unfolding on the Cornell College campus over the summer. Fifty-one students and 19 faculty members collaborated on intensive research projects across the liberal arts disciplines during the eight weeks (May 16–July 8) of CSRI.