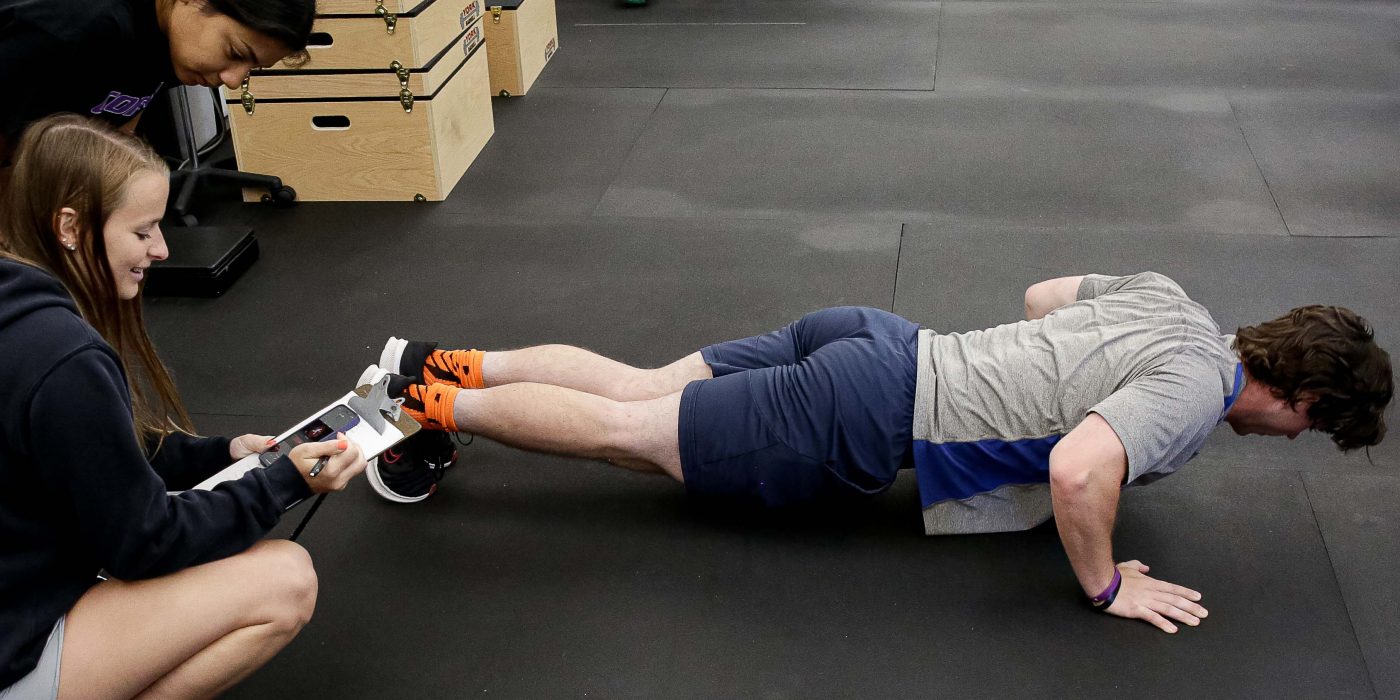 A team of Cornell College researchers is testing what works and what doesn’t when it comes to pre-workout beverages–a popular trend for athletes and a growing multibillion-dollar industry.

“Pre-workout was basically non-existent about 10-15 years ago, and now it’s a booming market,” Assistant Professor of Kinesiology Justus Hallam said. “A lot of people take it and don’t know what it does, so that’s what we are trying to find out.”

Hallam is teaming up with juniors Kara Rivard, Ilah Perez-Johnson, Caitlin Babcock, and Amelia Brown to investigate supplements during the Cornell Summer Research Institute (CSRI). They’re examining the impacts on both athletes and non-athletes.

“What we are trying to do is determine if what pre-workout companies are claiming to do, like increase in focus or increase in energy, if those claims are true,” Rivard said.

The research team recruited 25 subjects and gave them a different drink for each of their three visits.

“We want them to come in three different times just to see if there are any differences with each of the drinks that they were drinking,” Perez-Johnson said.

The drinks included a placebo with no pre-workout supplements, a drink with just caffeine, and a common pre-workout mixture of caffeine, beta-alanine, and creatine. The mixture was provided by Wylie Allen ’20 who now owns his own pre-workout company. Then, the subjects were put to work.

“We are putting our participants through a variety of different physical tests, a vertical jump test, bench press test, 40-yard dashes, and a body-weight circuit,” Brown said. “We are tracking their heart rate, their perceived rate of exertion, and the time it takes for them to complete different tasks.”

All of the subjects are asked to fast for eight hours prior to the study and keep their sleeping and eating habits similar the day before each test. Subjects also perform cognitive and mental tests to look at reaction times and memory.

“We are doing word recall tests, so we will give them a list of words, have them perform a separate task, and then have them repeat the words back to us,” Hallam said. “After completing a really hard physical test, how good is their memory? One claim that pre-workout companies make is that it’s going to maintain your mental state during the game, so we are trying to get them really tired and see, how well is your recall working?”

Hallam says the group hopes to present their findings at conferences and publish results in journals to share their knowledge.

“Some people spend up to $10-12 per serving for some of these on the market,” Hallam said. “Helping people understand that it’s not doing anything or that it is worth the money they’re spending is valuable to everybody.”

As for the team, they’re grateful for this CSRI experience and know it will play a role in their future.

“I’m thinking about becoming a sports nutritionist, so something similar to this,” Babcock said. “I think this is really interesting.”

“It’s a really unique opportunity, I’m really grateful to be able to do so much research as an undergrad and to have really great professors guiding us,” Brown said. “It’s very much a small school advantage to be able to really get close with your professors and work under them like this.”

This is one of many research projects unfolding on the Cornell College campus. Fifty-one students and 19 faculty members are collaborating on intensive research projects across the liberal arts disciplines during the eight weeks of CSRI.