For years, Dr. John Lohnes ’77 has thanked Cornell College for his education by giving back. Now the former pre-med student and Rams swim team member is thanking the college in a big way. 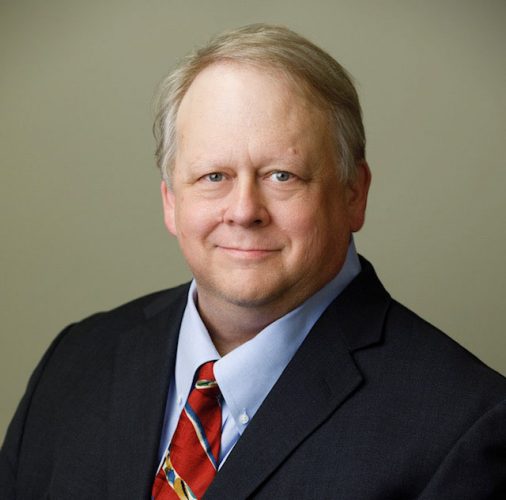 Lohnes is giving $100,000 for the Athletic and Wellness Facilities Project, supporting Cornell’s $19.5 million Richard and Norma Small Athletic and Wellness Center (the SAW), part of the Greater > Than Campaign for Cornell College. A plaque recognizing the Lohnes family will appear on the athletic director’s office.

“I have given annually to Cornell for years as a personal thank you. It was one of the institutions that gave me the foundation for my subsequent career. A thank you is in order,” Lohnes said.

Athletic Director and Head Baseball Coach Seth Wing said he is honored to have Lohnes’ name on his office.

“We are grateful to Dr. Lohnes for his support of the health and wellness of all Cornellians. Through his career and generosity he embodies our mission in athletics—to produce graduates who are civically and socially responsible,” Wing said. “I am proud to have his name on the AD office.”

Lohnes, who competed in the breaststroke, said his grades went up during swim season because he was forced to use his time more wisely. In addition, he said swimming competitively helped his work-life balance.

“Contributing to the Athletic and Wellness Center supports a key piece in the life of the college,” Lohnes said. “Having expanded options for students and staff to engage in physical activities enhances the quality of their lives. This has the opportunity to really be campus changing. As society is changing, work-life balance is becoming significantly more important to folks. To survive and thrive Cornell has to offer those things. This is a significant step forward in that process.”

Lohnes, who holds a degree in biology, says Cornell’s Bachelor of Special Studies curriculum allowed him to fully explore his interests, including politics. After receiving his medical degree and his residency from the University of Iowa and serving a fellowship at UCLA, Lohnes practiced as a diagnostic radiology specialist in Wichita, Kansas, for over 35 years. While he’s mostly retired, he continues to be involved in his field on a national level, serving the American College of Radiology in matters of legislation and regulation. He is also on the advisory committees of his U.S. senator and congressman and chairs several political action committees.

His foodie sideline, as he called it in a Cornell Report story he wrote, is managing a growing number of Freddy’s Frozen Custard & Steakburgers franchises he owns in the Phoenix metro and Yuma, Arizona, markets.

Lohnes and his wife, Tammie, have two sons. Tammie works part time as a veterinary tech at two nonprofit spay and neuter clinics. Their oldest son, John, manages three of the Arizona Freddy’s restaurants. Christopher, their youngest son, is a chef in the Wichita area.

They have also given to Cornell’s Science Facilities Project, Fine Arts Campaign, Cole Library, the Cornell Fund, and Golden Rams.