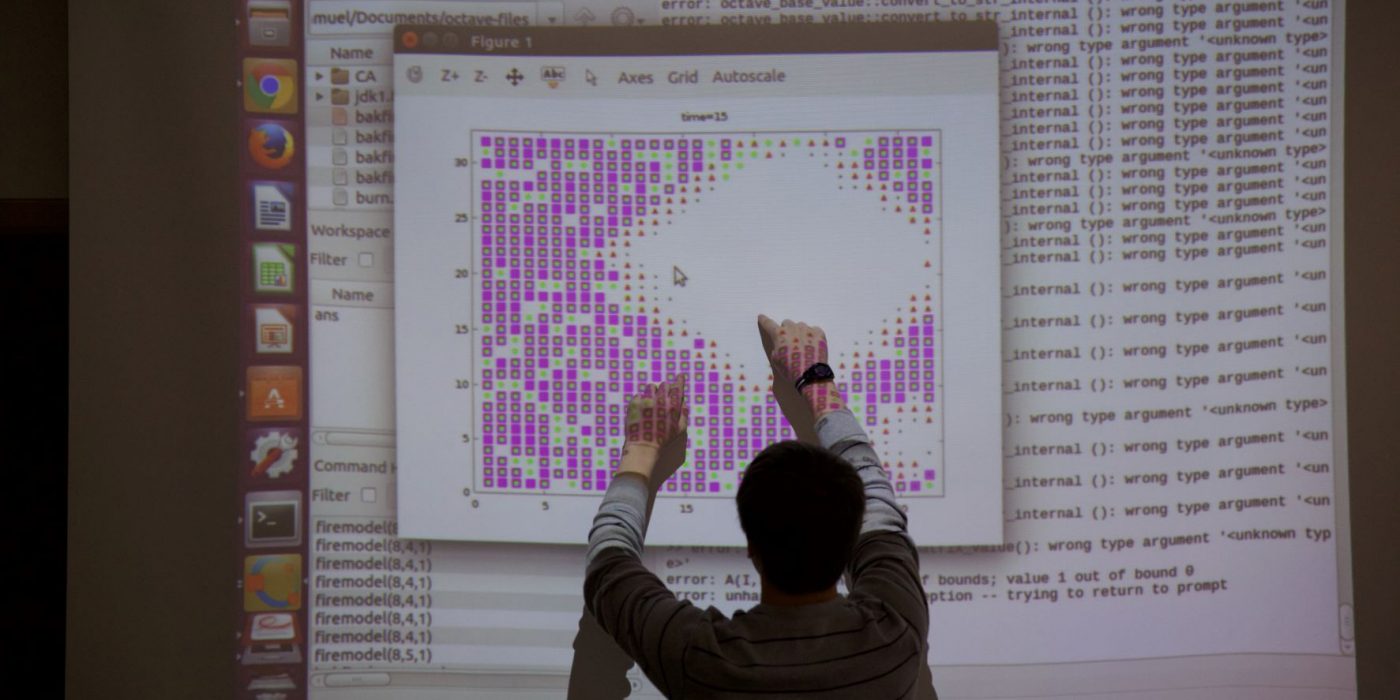 Our world is filled with data and jobs that require data analysis skills.

With so much data, there’s more demand for people who can interpret and understand it. As students show more and more interest in this field of study, Cornell faculty are introducing two new majors: applied statistics and data science.

“A person who graduates with a major in applied statistics or data science can work in just about any field possible because almost every field requires data analysis,” said Professor of Statistics Ann Cannon.

Students might work for a retail company to understand consumer trends, work in sports statistics to understand the effectiveness of a tactic, or analyze results from a medical trial as a biostatistician.

Cannon, a statistics professor at Cornell College for nearly 30 years, describes statistics as the art and science of data. It’s looking at a dataset and figuring out what messages are within. Often, statisticians work with clients to solve problems.

“Statisticians are able to organize the process and communicate with people who don’t understand statistics,” Cannon said. “They’re able to take the problem, which is generally not well defined when the client comes to them, and drill down to exactly what they are trying to figure out. Then, statisticians think about how to use data to answer that question or give insights into that problem.”

“There is a lot of excitement around data science,” George said. “There are active communities for learning and developing statistical tools, like R, on social media platforms such as Twitter, Slack, and even Twitch. Many organizations hold live data science competitions for students that are very interesting and fun. I think we definitely have the push of the world.”

Students who major in data science or applied statistics could pair it with majors such as biochemistry and molecular biology, sociology and anthropology, or business analytics, among many options if they would like to get a second major.

“Students who combined a business analytics major, for example, with a data science major would have even more technical experience and would be even more attractive to potential employers,” Cannon said.

Senior Mia McCoy was working on designing her own major with statistics when the new major was approved. She’ll graduate in the spring with a double major in sociology and anthropology, and applied statistics.

She fell in love with statistics after her first class at Cornell.

“It’s a lot of hands-on stuff,” McCoy said. “You will get some lectures and then they send you off to work in groups on problems and do fun labs!”

This Colorado native says she’ll leave Cornell with a lot of skills from her statistics major.

“I have coding skills with R, I understand the process of data collecting and cleaning, exploring and showing the data, and building models! We have also learned how to build and interpret more advanced and complex models, and how to communicate the results,” McCoy said.

Students who have been on a similar path as McCoy can graduate with these new majors this fall, while others can start registering for classes at any time.