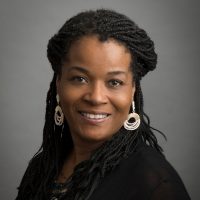 “Face this year like the Ram: Fearless, bold, powerful, aware of your capabilities, willing to leap into new opportunities, and vowing to forge ahead without fear.”

I learned so much

The day the summer 2021 Cornell Report arrived, I read it cover to cover without stopping and then went back to reread. I learned so much. My emotional responses are these: Gratitude to guest editor Heather ‘Byrd’ Roberts ’09 for what she and others are doing and for the vast amount of work involved in this issue; disappointment and anger with myself for being so slow to learn over the last decades; and concern about how difficult the message is to give and, for too many of us, to receive. 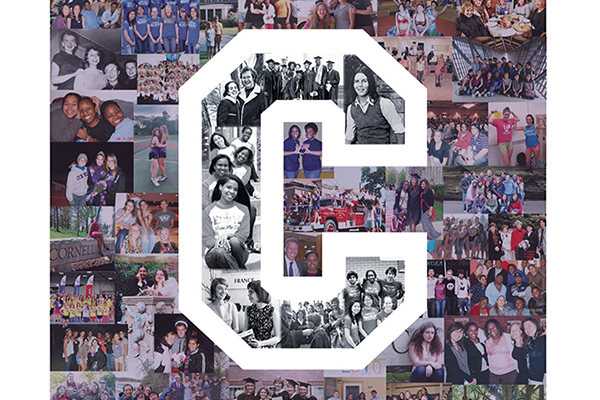 Much of the reading and factual knowledge I know from the DEI work at the private school where I teach and from my faculty friends and students. What stood out to me is the honesty with which Cornellians of color spoke, and I’m sure we are only reading a tiny sampling of the pain—as well as the successes and joys felt by Cornellians too often thought of as “other.” At the same time, even over five decades since my graduation, the qualities that made Cornell so special to me are ones that we share still today.

Your combination of visual art, poetry, historical context, and people’s personal stories make this issue a special gift and one of the most significant ones you could give as Cornell continues educating both on the Hilltop and in the lives of alums.

The announcement in the Cornell Report of a “foundational shift” to what appears to be institutional advocacy for a particular social justice agenda aroused concerns and questions that fall into three categories.

One: Does such advocacy for a particular social justice role conflict with the traditional role of the university to continually seek truth in diversity? The question is well-posed by Jonathan Haidt in his YouTube video on “Two incompatible sacred values in the university.”

Two: The apparent choice of the social justice agenda seems unpopular and highly problematic, if not dangerous.

Three: The acceptance of this foundational shift suggests an orthodoxy of thought on campus not reflective of the general population of our country, and it doesn’t reflect positively on the existing diversity of thought on campus or the level of scholarship at Cornell. Discussed plans suggest this situation could grow worse.

I am just starting to delve into the rich content and conversations that are part of guest editor Heather ‘Byrd’ Roberts’ special summer 2021 issue of the Cornell Report and I want to tell her congratulations on another amazing achievement. I will never forget her amazing production at Cornell of Ntozake Shange’s “For Colored Girls Who Have Considered Suicide/When the Rainbow is Enuf.” It is still the best production I have ever seen.

I am loving the substantive and multivocal content of this issue, its visual layout, and resources.

Thank you for kicking off some courageous conversation at Cornell!

So much of what is in the Report negates the wonderful memories I had during the best four years of my life at Cornell. Cornell was a small Christian college where all students were equal. I learned about Korean culture and food from two friends from Korea. An Indian friend went on to be a pediatric specialist in Chicago. The Iowa girls were sure that I had to fight for my life back home in Chicago, and of course, they were wrong. I found out that Iowa gals were a lot more sophisticated than I expected them to be, and we all melded.

The college made rules for freshman women to protect us. Freshman women needed to be locked in their dorms by 8:15 p.m. weekdays for the first eight weeks to be sure we were getting the needed grades to allow us more freedom. Freshman boys had no such rules … the thought being that if the girls were locked away. the boys would stay in their dorms too. The old Cornell was what we needed. Everyone was a Cornellian. That’s all that mattered. Those days of freedom to associate with everyone are gone. The fact that Black Cornellians want separate activities is counter-productive. Separation does not produce inclusion.

Equity of color and culture can’t be forced on people. It must come naturally as the opportunities for inclusion increase. I certainly miss our old Cornell. It was a place of exploration, new friends, and a feeling of protection for all of us.

Wow! What an issue! Congratulations to Heather ‘Byrd’ Roberts ’09 on a very professional and well done issue. Even the artwork is so moving. I read the whole thing cover to cover and was inspired. This is an issue everywhere and it is difficult. I guess if it were easy, it would have been dealt with years ago.

The issues were there in the late ’50s when Gary (Jorgensen ’60) and I were at Cornell and are still there now. We need an awakening that goes deep into our hearts. We need more people like Byrd who are opening our eyes. I’m proud of (President) Jonathan (Brand) and the Trustees for taking this issue seriously. Change will happen!

Congratulations on the recent edition of the Cornell Report titled “I See You.” It was superb. Thanks to everyone who is powering this institutional dive into how to become an anti-racist institution. This takes courage; it takes brutal honesty from speakers of the truth and listeners to the truth alike. I have never been prouder of Cornell College than I am at this moment.

Thank you for all the emotion and insight packed into the Cornell Report! It caused some dissonance, some soul searching, and some hope for systemic change.