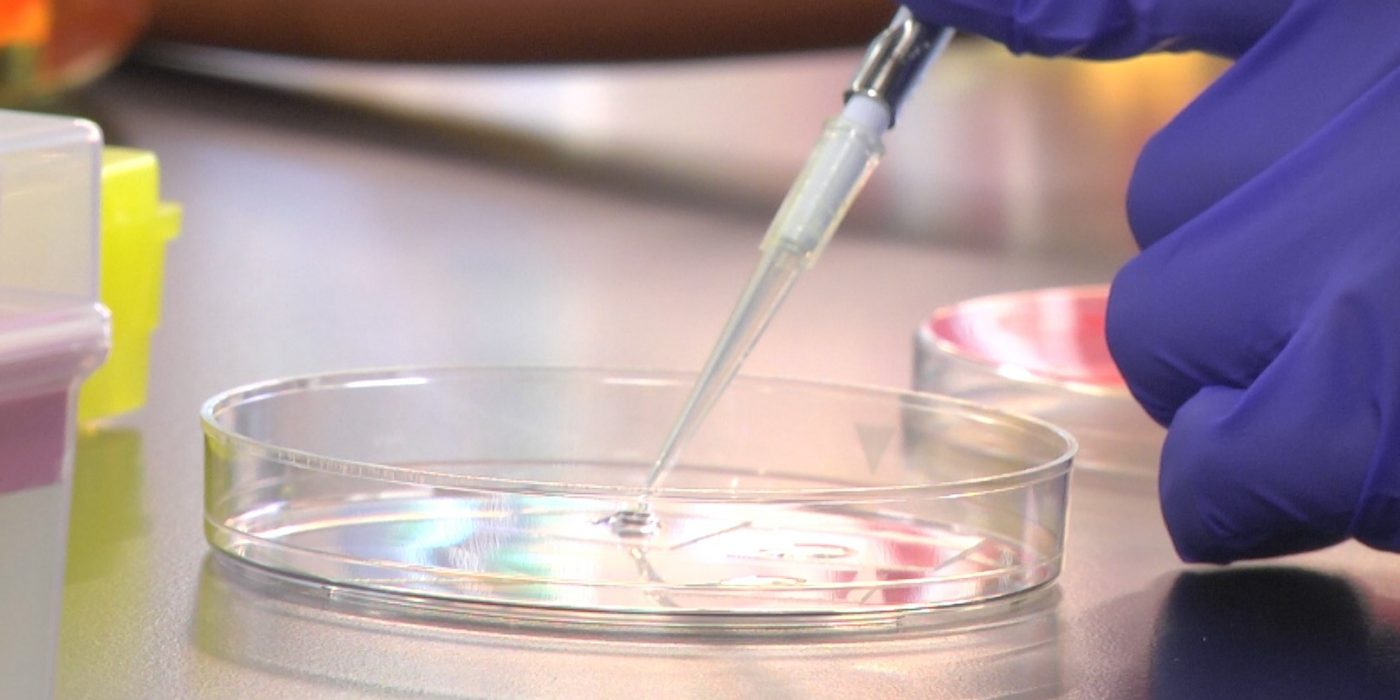 Antibiotic resistance is a global threat that scientists are working to combat, and six Cornell Summer Research Institute (CSRI) students are playing their part in the battle.

“I think what we are doing is laying the groundwork for something in the future that could be a lot bigger than any of us, and the fact that we are all a part of that is kind of really cool,” said junior LeCaine Barker, a biochemistry and molecular biology major.

According to the CDC, antibiotic resistance happens when germs like bacteria develop the ability to defeat the drugs designed to kill them. It’s an issue that impacts 2.8 million people each year.

“Right now there’s a rise in superbugs with an overuse of antibiotics because bacteria are just really good at mutating. They are actually becoming resistant against a bunch of antibiotics,” said sophomore Jonathan Azenon, a biochemistry and molecular biology and French double major. “And if we don’t come up with new ways to combat these bacteria, infections are soon going to be the leading cause of death again in the world. This is something we are trying to prevent.”

Because of these issues related to the world’s current arsenal of antibiotics, the group is studying a variety of new and interesting ways to kill disease-causing bacteria. The lab’s main focus is to study and understand antimicrobial peptides, a defense mechanism that our immune system already uses to combat disease.

“It’s really hard for bacteria to adapt to antimicrobial peptides,” said Assistant Professor of Biochemistry Catherine Volle. “The process can happen but it’s relatively slow. Antimicrobial peptides are not necessarily going to make a good drug in and of themselves, but the more we understand how they kill this bacteria, we can then pass that information along to people who are actually designing new antibiotic compounds to say–‘let’s mimic what the immune system is doing already.’”

They’re also looking at how predatory bacteria could be used to fight that bad bacteria.

“I’m looking at this new bacteria, a predatory bacteria, called Bdello, or Bdellovibrio, and what Bdello is doing is it likes to eat other bacteria. It’s really cool. It’s kind of like an alien,” Azenon said.

Some students are also looking at the issue from a molecular perspective.

“Annika and I are focusing on a part of the bacteria Called Lipid A,” said junior Alexander Bajoon, a biochemistry and molecular biology major. “It makes up the majority of the outer surface of the bacteria. We are interested in changing that structure.”

It’s all work that will contribute to the issue of antibiotics resistance that scientists around the world are studying. Volle, herself, started researching Bdello as an undergraduate, and now that work has expanded. She started her own lab six years ago and works in conjunction with a team of researchers at other schools who are using grant dollars from the National Institutes of Health.

Volle is proud of her Cornell students for their work during CSRI and says they can get a lot accomplished, especially as students who learn on the block plan–One Course At A Time for 18 days–during the academic year.

“I think they adapt to life at the bench much more quickly than other students do. I think they also gain that confidence faster,” Volle said. “I think part of it is being on the block plan, a lot of our labs are structured as independent projects. So when they come for summer research, it’s not unfamiliar to them. They understand how to plan their day. They understand the intricacies of what needs to be done. I think the block plan really helps them make that jump faster.”

Volle is looking forward to taking her students to national conferences and scientific meetings in the coming years, plus working with them as future authors on published journal articles.

Ana Schurr and Frank Vega Velazquez also contributed to the research this summer.