The Cornell College Board of Trustees has elected two new members—Sultan “Sunny” Ahmed Khan ’21 and Eric Sudol ’03—and reelected Maureen Johnson ’87, Linda Koehn ’66, and John McGrane ’73. All terms are for three years. 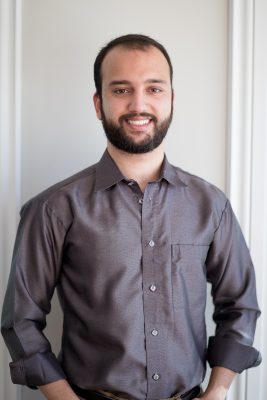 Khan was chosen as Cornell’s 2021 Young Trustee. A native of Pakistan, he will undertake a three-year master’s program at the Harvard School of Divinity.

Khan earned his B.A. in international relations with a civic engagement minor, and was elected to the Pi Sigma Alpha politics honorary society. He was selected to participate in the Cornell Leadership, Entrepreneurship, And Distinctive Service (LEADS) program and was an active campus leader. Khan served as a marketing intern and an international student orientation leadership mentor for the Office of Intercultural Life, where he developed a three-month personal growth and leadership course for incoming international and African American students based on self-awareness and knowledge of one’s values and purpose. He transferred to Cornell from Kirkwood Community College, where he was a member of Phi Theta Kappa Honor Society.

Khan has a passion for social activism, community leadership, public scholarship and policy, and grassroots organizing. 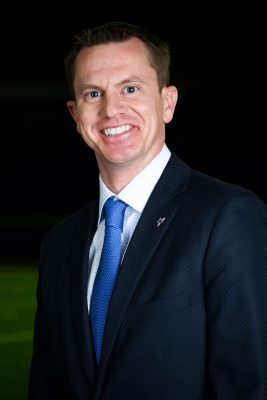 He assumed his role at ProStar in 2020 after three years as senior vice president of global partnerships for Legends Global Sales, a sports and entertainment company owned by the Cowboys, New York Yankees, and a private equity company. He began at the Cowboys in 2007 and now oversees the 30-person team that leads the NFL in sponsorship revenue. Under his direction, the Cowboys’ sponsorship team accomplished a sales campaign surrounding the team’s practice facility and mixed-use development, The Star, which has become an icon in the sports world.

Sudol is an Iowa native. At Cornell he graduated Phi Beta Kappa with a B.A. in economics and business. He also holds an MBA and a master of sports administration from Ohio University. He and his wife Kate live in the Dallas-Fort Worth area with their son James and their dog Blue. 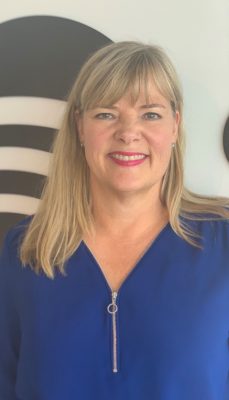 She grew up in Davenport, Iowa, and graduated from Cornell College with a degree in economics and business and French literature. After Cornell, she attended the American Graduate School of International Management (Thunderbird) in Arizona, graduating in 1989. Following a quick stint in banking in Houston, Texas, she moved overseas and entered the world of international taxation. Johnson spent 15 years in London and Paris working for Arthur Andersen, Hines, a start-up, and Virgin Media. Maureen went on to work as the senior vice president, tax, for LVMH Moet Hennessy Louis Vuitton Inc. She is currently the global VP, taxation, at Spotify.  Johnson was a member of the Cornell Board of Trustees from 2011 to 2020. 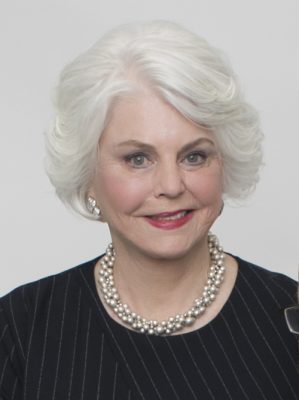 Koehn is a community leader and philanthropist in Des Moines, Iowa, and Naples, Florida.

Koehn graduated from Cornell with a major in English. She also holds a master of arts degree from the University of Iowa and a master of science degree from Drake University. She taught for 20 years and then became a community leader and philanthropist. She has served in leadership capacities with many civic and cultural organizations in the Des Moines, Iowa, metro area, including the Des Moines Symphony, the Des Moines Metro Opera, the Community Foundation of Greater Des Moines, the Greater Des Moines Botanical Garden, the Science Center of Iowa, and Variety, The Children’s Charity. She is a board member of The Waldinger Corporation where her husband, Tom, is chairman of the board. She also serves as a trustee of the Naples Children and Education Foundation supporting children in Collier County, Florida, and is a member of the sustaining leadership council of The Naples Botanical Garden. Koehn was a member of the Cornell Board of Trustees from 2010 to 2019.

The Koehns have a son, Jon, daughter-in-law Maribeth, and grandchildren James and Nora. Jon has succeeded his father as CEO of The Waldinger Corporation. 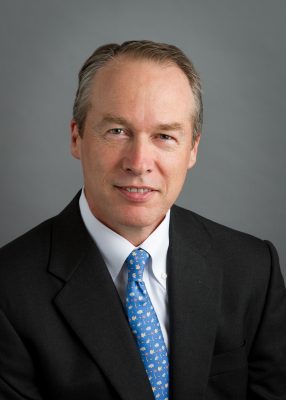 McGrane retired in 2018 as a partner in the global law firm Morgan, Lewis & Bockius LLP.

Born and raised in Waverly, Iowa, McGrane came to Cornell as a first-generation college student and graduated with majors in philosophy and political science. He attended Georgetown University Law Center in Washington, D.C., earning his law degree in 1976. McGrane was a member of his law firm’s Energy Practice Group in Washington, D.C. He is a past chair of the Legal Committee of the Edison Electric Institute. McGrane was a member of the Cornell Board of Trustees from 2001–2020, including serving as Chair from 2011-2017. He and his wife, Martha Benson McGrane ’73, reside in Bethesda, Maryland, and also have a home in Mount Vernon, Iowa, across the street from Russell Science Center. They have three adult children and two grandchildren.