David Joyce Professor of Economics and Business Todd Knoop was featured in a BBC article for correctly predicting how the economy would react when the pandemic began. 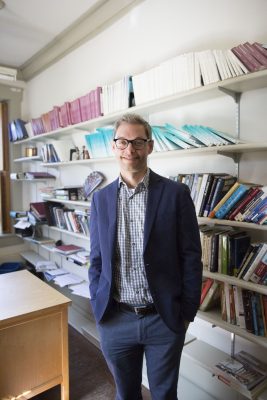 When the BBC spoke with Mr. Knoop last June, he was hopeful government spending and monetary policy would keep the economy from totally collapsing.

So what actually happened?

Mr Knoop’s prediction was right on the money. Congress passed a series of aid packages worth trillions of dollars. He believes these supports, which included direct payments to Americans and extended unemployment benefits, helped keep many people afloat even when they were out of work.

“In almost every factor, things have turned out better than worst-case scenario, and that’s great,” says Mr Knoop now.

The GDP has rebounded, 6.4% in the first three months of the year.

The article also points out that he correctly predicted how some industries would fare better than others.