Senior Dylan Kaiser discovered Cornell College at a college fair in his hometown of Tucson, Arizona. He was attracted by One Course At A Time and sent a highlights video to Head Baseball Coach Seth Wing in hopes of playing for the Rams. 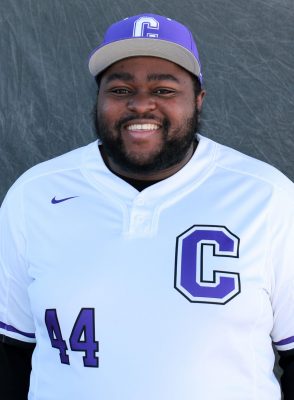 Now in his fourth and final baseball season, the first baseman and designated hitter says he has built relationships with coaches, teammates, and others in the athletics department, and enjoys the respect of the younger players.

“Being a senior means being one of the leaders on the team. You get respect from underclassmen teammates by helping them on and off the field,” he says.

This business finance major plans to find a job as a loan officer after graduation. It’s a business he’s familiar with. His father runs a mortgage business, and Kaiser worked last summer in that company’s corporate office in Phoenix.

His First-Year Seminar course was with Professor of Economics and Business Santhi Hejeebu, who became his advisor. “Santhi Hejeebu has been a great help to me finding classes and getting me ready to graduate. She is a great advocate. I’ve had multiple classes with her and she wants the best for her students.”

His favorite classes with her have been Data Visualization and Social Networking, but he says all his business classes have been enjoyable. “All of the professors I’ve had in the department did a great job having an engaging class and getting us business majors ready for the business world.”