Cornell College President Jonathan Brand was recently featured in two news articles about comments he made in front of a CDC vaccine advisory panel. 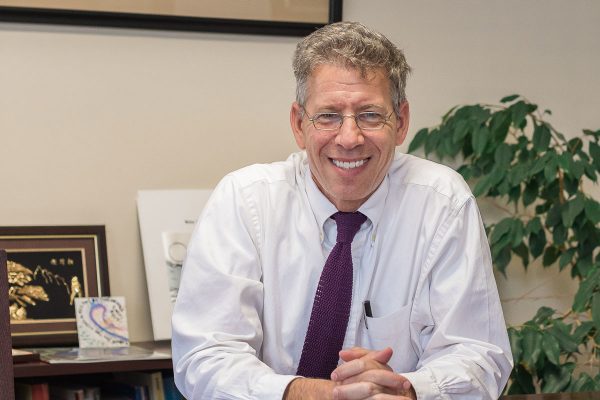 The Advisory Committee on Immunization Practices met online on Feb. 29–March 1, 2021, to vote on vaccine recommendations for the Johnson & Johnson vaccine and hear public comments, which included Brand’s comments.

Both The Washington Post and The (Cedar Rapids) Gazette wrote about his comments. Brand urged the CDC to use the new single-dose vaccine on the 53 million Americans who are between 18 and 29 years of age, which includes college and university students. He argues that students move around the most of all age groups and often live in close proximity to one another such as in apartments and residence halls, environments that greatly increase the spread of COVID-19.

With demand for vaccinations still far outpacing supply, the panel heard from a college president who urged the single-shot vaccine be used to inoculate the 53 million younger Americans who are between the ages of 18 and 29. They make up some of the biggest spreaders of virus because of crowded living quarters, such as residence halls and apartments, and many work in retail, leisure and hospitality industries with higher risks of exposure, said Jonathan Brand, president of Cornell College in Iowa.

He noted that many of those young people will be on the move in May and June and won’t be able to easily return to the same location or state for a second shot.

The Johnson & Johnson vaccine “could jump-start a second front against covid,” Brand said, adding that colleges and universities could play a leading role in aiding such an effort. “We have the gyms, the arenas, the field houses, the parking lots.”

Brand also authored an op-ed on the topic that was published in the Chicago Tribune.

Brand’s full comments to the panel:

My name is Jonathan Brand, and I am president of Cornell College in Mount Vernon, Iowa. I would like to offer an idea: using the one-shot J&J vaccine right now to target a population that, as a group, move around the most—the 53 million, 18 to 29-year-old population, which includes college and university students. In fact, at over 30 million, 18 to 24-year-olds are also a group highly likely to live in congregate settings (residence halls and apartments)—an environment that greatly increases spread.

A strategy that relies on colleges and universities to vaccinate all 18-29 year-olds–not just our students–could jump-start a second front against COVID.

Vaccinating those ages 18 to 29—some of our biggest spreaders—will dramatically accelerate reaching herd immunity. In addition, colleges and universities can be set up as mass vaccination sites, inoculating thousands of individuals in this cohort in short order rather than further taxing current mass vaccination sites. We have the gyms, the arenas, and the parking lots. And, because schools of higher education are located all over the country—in urban, suburban, and rural settings—we can increase access. We are everywhere.

Fortunately, the J&J vaccine does not need special cold storage. And, because it’s a one-shot deal, this vaccine resolves a logistical challenge we’ll soon confront—a group that tends to relocate throughout the country in May or June and won’t be able to easily return to the same location or state for a second shot.

Finally, because almost 45% of those ages 18 to 24 work in retail and leisure/hospitality—industries where we have been concerned with COVID transmission and the harmful economic impact of COVID—this vaccination strategy can only help to jump-start those sectors as we return to normalcy.

Some believe my idea would encourage reckless behavior post-vaccination. I don’t believe that. I am not seeing 20-year-olds at bars and restaurants any more than older populations. At Cornell, we currently have a 0% student positivity rate and cumulatively 1.6% because our students (like so many others) are willing to sacrifice.  I am confident that that will continue until you tell us we can relax our protocols.

States should continue their current phases with the Pfizer and Moderna vaccines, but they should plan to concurrently mass vaccinate all 18 to 29-year-olds with the J&J vaccine. And, higher education can help get this done now.