Denver attorney Michael Hofmann ’93 says he gained an unusual skill studying One Course At A Time: The ability to move quickly from one challenge to the next.

Cornell College’s distinctive calendar also fostered a deep ability to focus, he says, and both of these traits served him well at Yale Law School and, since then, in his practice. 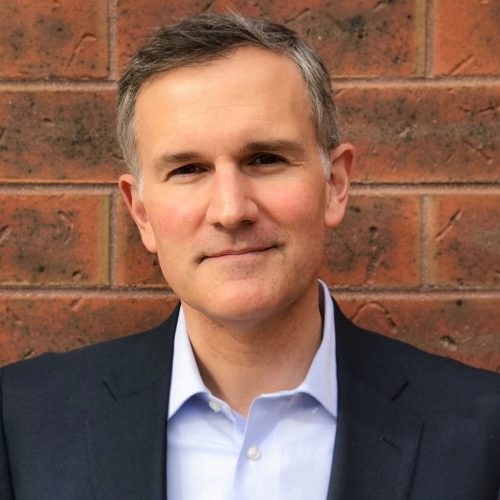 “Cornell taught me the ability to focus intensely. It taught me to learn an area quickly and solve a problem quickly. And law school and practicing law is just like that,” he says. “And it also taught me—and this is what I think is a rare ability—the ability to move on quickly. At Cornell you’re studying French one month and then Greek tragedy the next, and you just move on right away. And I think a lot of people lack that ability.”

He landed at Cornell after a last-minute detour to see the campus as his family was heading home to Kearney, Nebraska, along Interstate 80.

“I took a tour, and I just knew instantly this is where I wanted to go. No doubt in my mind,” he recalls.

At Cornell he had what he calls tremendous mentors in professors Craig Allin, Robert Sutherland, David Weddle, Craig Tepper, and Bill Debbins. After four years he graduated with lifelong friends and a B.S.S. in politics, religion, history, and philosophy.

Today Hofmann is married with two daughters and is a partner in the Denver office of the international firm Bryan Cave Leighton Paisner. His practice is centered on complex commercial and white collar litigation. He counts himself lucky to have represented some of the best clients in Denver, including a ski resort operator, a well-known brewer, pop stars, and a tech giant.

He says he was most proud of the legal system after a case in which he defended an unpopular client. The courtroom was filled with spectators for the other side, but in the end, the jury found for his client.

“Afterward a juror came up to me and said, ‘I can’t believe I’ve found for you. But that was my duty,’” he recalls. “At that point I was the proudest of the system. It has a lot of problems, but when it works, it’s inspiring.”

When attorneys lose a case, it’s a very public failure, and losing his first major case was painful. However, a colleague told him to consider it a war wound, and that everyone has them.

“I thought that was good advice. No one goes through life without failing. It’s not realistic,” he says. “And if you do, what are you doing? You’re not taking any chances or any risks at all.”