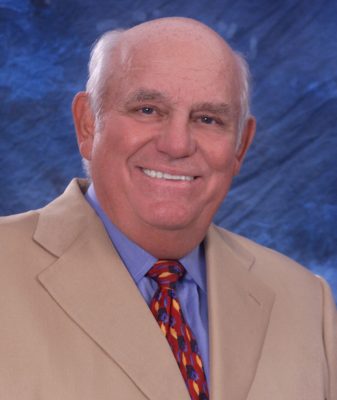 Dorr was a pioneer in outpatient joint replacement surgery, and his research aided in the design of widely used orthopedic implants, as well as small incisions and the use of computer navigation for total hip replacement. He is a past president of the Knee Society, the Hip Society, and the American Association of Hip and Knee Surgeons.

In 1997 Dorr founded Operation Walk, which has provided over 13,000 free hip and knee replacements worldwide. For his work he was honored with humanitarian awards from the American Academy of Orthopedic Surgeons and the American Association of Hip and Knee Surgeons. Thirty-five Cornell students have participated in Operation Walk to date.

Dorr majored in English at Cornell and was on the 1961 conference championship football team. He served as a Cornell Trustee from 2002-2011, receiving Cornell’s Distinguished Achievement Award in 2003.

He graduated from the University of Iowa’s medical school. While continuing his training at Los Angeles County Hospital, University of Southern California (USC), he took a three-year break to serve as lieutenant commander in the U.S. Navy Medical Corps. He was a professor of orthopedic surgery at USC and at University of California Irvine, and he maintained a practice at Los Angeles area hospitals until 2019.

He is survived by his wife, Marilyn, two sons, a daughter, and a grandson.