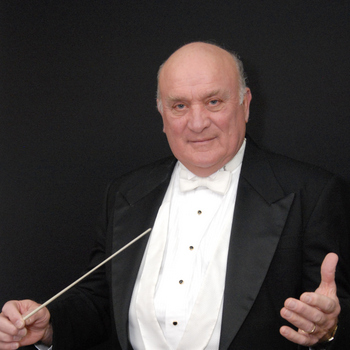 Schneider participated in music and sports at Cornell College and studied piano at the Juilliard School. With both degrees in hand he dove into his career in New York. He conducted numerous performances of “West Side Story” and a 1967 TV special of the year with Jimmy Durante, The Supremes, and Jimmy Dean. He was music director of the off-Broadway hit “Your Own Thing,” winner of the 1968 New York Drama Critics Best Musical award.

In the 1970s he moved into symphonic music, taking a job with the Kansas City Philharmonic. He then accepted an offer to study conducting in Europe, which led to a position as assistant conductor at the Aspen Music Festival. In 1973 he was invited to be music director for the Catskill Symphony Orchestra in Oneonta, New York. He co-founded the Catskill Conservatory and became founding music director of Glimmerglass Opera, a position he held for over 12 years. He was also named music director of the Utica Symphony and Schenectady Symphony, and held all three orchestra conducting positions for over 30 years. At age 78 he co-founded the Clinton Symphony Orchestra and wrote an opera and a choral work.

He is survived by his wife, Rayna Schneider, a son, a daughter, a stepson, a sister, and seven grandchildren.