Zackeree Kelin ’01: Fighting for the people

Zackeree Kelin ’01: Fighting for the people

Researching the reconciliation process between Indigenous and non-Indigenous Australians occupied half of Zackeree Kelin’s ’01 junior year, all under the mentorship of someone who helped reunite some of Australia’s Stolen Generations with their families. 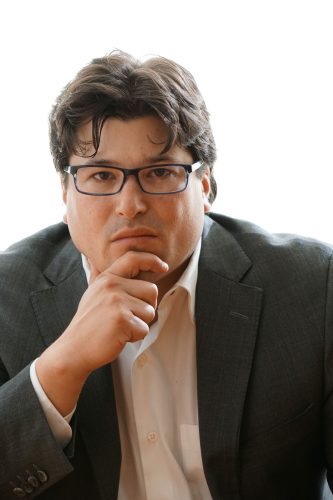 A desire to understand how the law impacts Indigenous peoples in Australia and the United States drove Kelin to earn his doctorate in jurisprudence from the University of Iowa College of Law after graduating from Cornell with a bachelor of special studies in inequality and public policy—an interdisciplinary pursuit in the departments of politics and sociology.

Kelin is a member of the Caddo Nation of Oklahoma, as were both of his parents. He grew up in Denver, Colorado, and developed an interest in politics working as a high school student in Washington, D.C., for the first female U.S. Representative elected in Colorado, Pat Schroeder.

Today Kelin serves the public interest at Davis Kelin Law Firm, which he says means that he works for people, and he works toward systemic change so people receive equitable and fair treatment. He was recently appointed to the New Mexico Civil Rights Commission.

“We don’t represent big corporations or the government; we represent people,” Kelin says.

Kelin has dedicated his career to fighting on behalf of those who are not always given a seat at the table. He’s worked with the Native American Rights Fund, DNA-Peoples Legal Services and, early in his career, he worked as a poverty lawyer on the Navajo Reservation.

“In Indian law you have to have a good grasp of the history when you’re writing briefs,” Kelin says. “Your assigned cases are oftentimes from a long time ago, and you really have to understand ways in which Indian law comes up. Its roots are historically racist, and it’s important to understand that, the paternalism behind it, and the treatment of tribes and Indian people.”

As a trial lawyer Kelin’s work focuses on litigation, and he considers himself blessed to be able to do the kind of work that involves diving deep into research. “We get into the medicine or the science that’s at the root of our cases and we really have to understand the subject matter that we are litigating, which can be complex. Whether we are dealing with engineers or other expert witnesses, we are constantly learning new things,” he says. “It’s like liberal arts; you learn a little bit about a lot. We do all kinds of different things.”

At Cornell, Kelin studied sociology because he wanted to understand people—how people work in groups and in society. He was curious about people, interested in political science, and wanted to study Indigenous issues. And today Kelin finds great meaning in his work, knowing he is helping the people he cares so much about. He sees a future where he continues to assist people whose voices are not being heard and where justice and accountability need to be delivered.