Thomas interviewed for The Lily

Thomas interviewed for The Lily

Professor of Politics and Women’s Studies Aparna Thomas was included in an article about the Oct. 22 presidential debate in The Lily, a publication for women by The Washington Post. 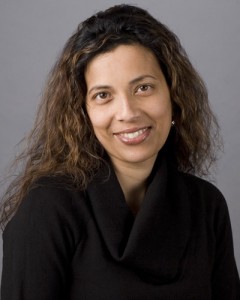 The article, “Trump and Biden had a shot to speak directly to women during the debate. They blew it, experts say,” reads, in part: Aparna Thomas, a professor of politics and women’s studies at Cornell College in Iowa, had low expectations for the candidates going into the debate.

While she didn’t anticipate any revelatory statements from either candidate, she said she was surprised that there wasn’t more discussion about the disproportionate impact the pandemic has had on women or the pending confirmation of Amy Coney Barrett to the Supreme Court. The addition of Barrett to the country’s highest court could put Roe v. Wade, LGBTQ rights and the Affordable Care Act at risk.

Concerns like this tend to get sidetracked unless there are female candidates onstage, but even when they are present, the focus is often more on her gender than her policies, Thomas said, pointing to 2016.

Thomas has been teaching at Cornell College since 2004. She teaches courses in international relations, comparative government, and women’s studies. In addition to core courses in these areas, she teaches advanced courses related to women in politics, strategies to alleviate poverty, and comparative healthcare systems.