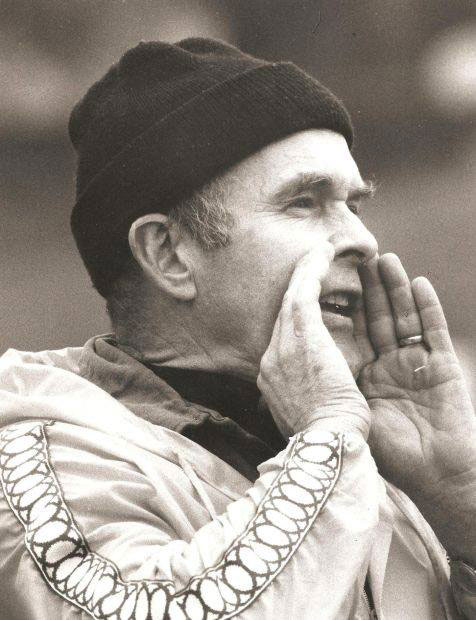 Reade, a three-year letter winner in football and captain in 1953, majored in elementary education at Cornell, and was a member of Delta Phi Rho. After graduation he served in the Army. He later received his master’s degree in education from the University of Iowa.

In 1962 Reade was hired at Geneseo High School. His program went 146-21-4 in 17 years and was coming off three straight Class 3A state titles when, in 1979, he accepted the head football coaching position at Augustana. In 16 years at Augustana, Reade compiled a record of 146-21-1. His teams were in the NCAA Division III playoffs 11 times, including 10 straight appearances from 1981-90. From 1983 through 1987 Augustana won 60 games in a row without a loss. That streak still stands as an NCAA Division III record and is the second longest in NCAA history, regardless of division.

He is a member of the College Football Hall of Fame, Cornell’s Athletic Hall of Fame, and was awarded the Amos Alonzo Stagg Award by the American Football Coaches Association.

He is survived by his wife, Mary Jo, 10 of their 11 children, and their 16 grandchildren.