Senior Brena Levy learned firsthand about the challenges and rewards that come along with being an immigration attorney during her Cornell Fellowship in Austin, Texas. 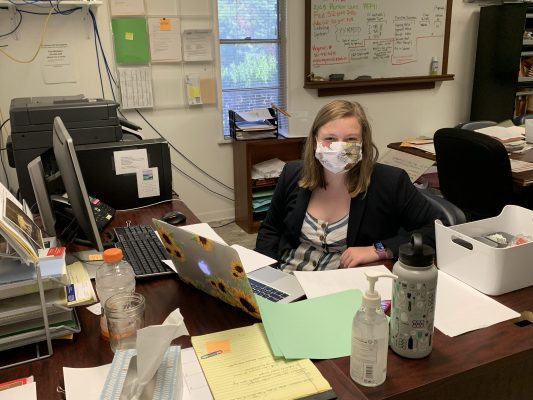 For 10 weeks over the summer, she worked virtually and in-person with a small staff at the Austin Region Justice for our Neighbors (ARJFON), a pro-bono, non-profit immigration law firm. The Cornell Fellowship Program provides high-level internships and professional mentoring through placements across the U.S. and abroad. Levy says her experience confirmed she was on the right track with her future plans.

“The biggest thing I will take away from this Fellowship is first, I definitely want to be an attorney and most likely an immigration attorney. And second, being an immigration attorney is hard,” Levy said. “Some days it is really upsetting and draining but when you get big wins like clients getting Special Immigrant Status or clients getting a green card in the mail–it’s worth it.”

Levy is getting a double major at Cornell College in sociology and anthropology and Spanish. The Kansas native selected to do her Fellowship in Austin so she could apply her Spanish major to her work.

“Here in Austin, I have already been given many opportunities to use my Spanish skills,” Levy said in her Fellows blog. “For my first week, I have mostly been focusing on translating documents from English to Spanish for clients. This has been great because I love the idea of making all these documents more accessible to others.”

That’s not all she did. As a legal intern at ARJFRON, Levy got to work on a little bit of everything.

“I did lots of different things this summer, I filed motions to substitute counsel and motions to terminate the cases. I helped with some green card applications, and I helped with clients obtaining Special Immigrant Juvenile Status, which involved lots of paperwork that I helped file and prepare,” Levy said. “I also had a big project this summer where I went from the beginning days of the law firm and tracked all the cases we had won, lost, or were dismissed or canceled.”

This student, who loves to stay organized and use spreadsheets, also enjoyed experiencing the work related to the non-profit aspect of the organization such as organizing donation records.

Levy said she quickly realized there’s a lot to learn, especially as courts make new rulings related to immigration. Learning on the block plan where every class is 3 ½ weeks, 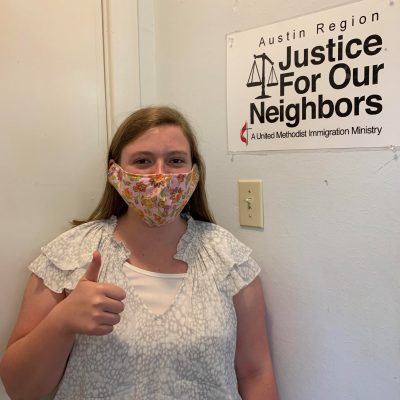 she was able to focus on helping the firm through many projects.

“The attorney at JFON says I have a knack for finding systems in immigration law that are a bit ridiculous, as she puts it,” Levy wrote in her blog. “I personally think the block plan at Cornell has helped me have an eye for inconveniences and inconsistencies because on the block plan you have to work as fast as possible!”

Levy is now back at Cornell for her senior year and is ready to tackle the year and take on the future.

“I am leaving Austin with so many new skills under my belt from how to file motions, how to file forms online and physically to have an organized office, how to communicate productively with a team virtually and in person, how to translate identity documents, and so many more new skills,” Levy said in her blog.

Levy was the Mathews Fellow in Legal Immigration Services. She is grateful for every experience this Fellowship has created and especially thanks Lon Mathews ’68 for contributing to the Fellows program to make it possible.