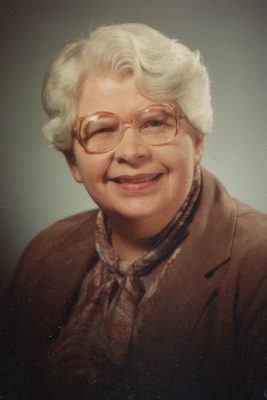 Vaughan would ultimately serve the college as assistant dean, director of the Office of Institutional Research, and affirmative action officer before retiring 18 years later in 1990. In 1983 she convened a faculty committee that led to the establishment of the women’s studies program. One Course At A Time began during her tenure and, in 1992, Vaughan and Professor Chris Carlson conducted a study and found that One Course had engaged the faculty deeply in issues of teaching and learning and had increased student engagement in their coursework. Her contributions to the field of sociology include co-editing a textbook for introductory courses, chairing the section on undergraduate education of the American Sociological Association, and serving as an on-site evaluator of undergraduate sociology programs. In 1987 the association recognized her with the Hans O. Mauksch Award for Distinguished Contributions to Undergraduate Sociology.

Her emerita citation, written by her department upon her retirement, concluded by saying, “With enthusiasm and energy, with grace and wit, with integrity and determination, you have made extraordinary contributions to Cornell College and provided inspiration for all who worked with you.”