Massey ’20 determined to create a world of laughter

Massey ’20 determined to create a world of laughter 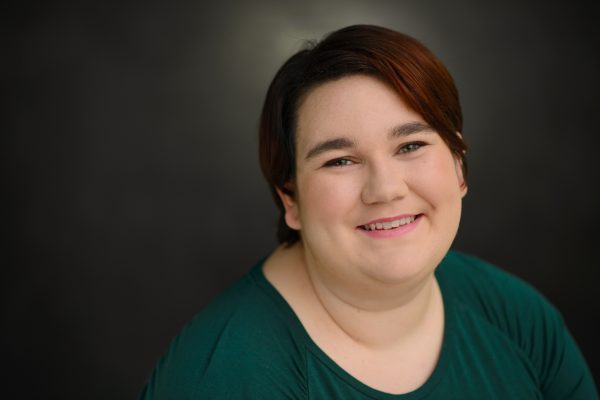 “I feel that the world can be changed with laughter,” Massey said.

That’s why they set out to design a major in comedic writing and performing. The bachelor of special studies (B.S.S.) at Cornell College allows students to combine courses in an individualized way to design their own degree. Massey didn’t come to college, however, planning a future in the comedy world.

“I knew I made people laugh, but I never thought I could actually do comedy,” Massey said. “My first year I wanted to get involved on campus and saw a poster for auditions to be in the Freelance Cosmonauts, an improv group. I had never done improv before and I decided to go; somehow I got in. Turns out that changed my life and now I want to do comedy for the rest of my life.”

In addition to being a part of the improv group, this Sioux City, Iowa, native took center stage by getting involved in a variety of fine arts organizations and activities, including theatre, choir, and the Student Theatre Council. Massey said they were quickly accepted in the fine arts life and made many wonderful friends. They also found themselves in unforgettable productions. 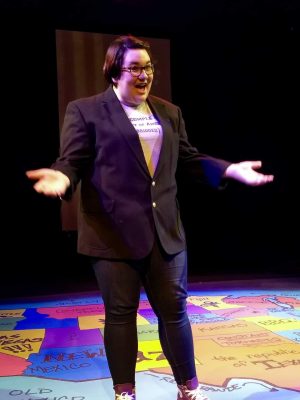 “One of my biggest achievements at Cornell was when I was cast in the show “The Complete History of America (Abridged).” It was a three-person show where I was able to play a multitude of characters as well as do impersonations. It was my first time doing that type of theatre and I felt very accomplished after doing the show. I was able to use my comedic skills on stage and make people laugh with a loose script.”

“Kelli is incredibly hard-working, talented, professional, and probably the funniest human being ever,” said Assistant Professor of Theatre Caroline Price, who directed “The Complete History of America (Abridged).” From their very first block at Cornell, it was clear that they were focused, open, 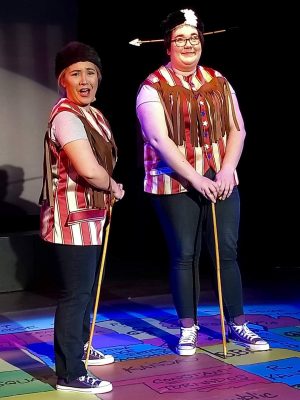 and ready to jump into any challenge they faced. Whether it was on stage in a show, in their course work, with their campus jobs, or conquering every improvisational theatre game known to man, Kelli always entered the room smiling and brought joy to everyone around them.”

Offstage, Massey had a lot of fun getting involved on campus with New Student Orientation as a flock leader and orientation leader. They also enjoyed time with their sorority, Phi Lambda Xi.

“This group of amazing people has been one of my biggest support systems on campus!” Massey said. “Whenever one of us has a problem we will make sure someone is there to help. Even our alumni still care about us and make sure we are supported.”

Something else that supported Massey during their time at Cornell was the block plan where they took One Course At A Time for 3 ½ weeks before moving onto the next one.

“I couldn’t go back to taking classes any other way,” Massey said. “I love being able to focus my time and effort on one class.”

One block that especially made a difference was an off-campus course called Theatre & the Arts in Chicago. It’s a class in which students experience backstage tours, attend nearly two dozen performances, visit museums and galleries, and go to workshops with theatre artists. 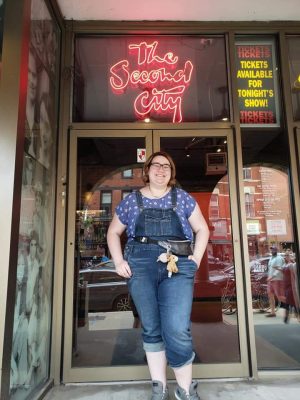 Massey says that class helped them get a better understanding of what they wanted to do after graduation.

They also explored their love of laughter during a summer program called Comedy Studies with Second City and Columbia College where they honed their skills in writing and performing sketch comedy and learned the history behind comedy. 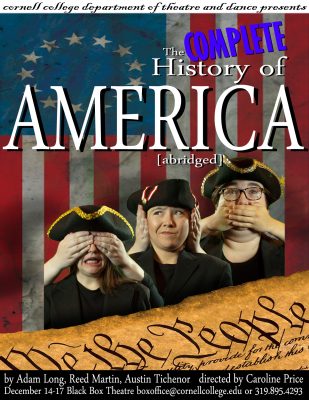 But with every great success often comes some challenges. This theatre all-star says their biggest challenge was mental health.

“Now I can look at my time at Cornell and see how much better my mental health has become from the moment I stepped on campus to now,” Massey said. “Cornell gave me a chance to build a community of people, students, and staff, who care about me and want me to succeed.”

It’s a community of support that wishes them the very best in all of their future endeavors to make the world a better place through laughter. And now Massey is ready to stand in the spotlight as they move to Chicago to get involved with the comedy and theatre scene there.

“I am beyond proud of Kelli because they use their talent to make the world a better place,” Price said. “Kelli encompasses everything that is great about Cornell. They are true to themselves, they are compassionate, but most importantly, they have purpose. Kelli’s ability to use their talent to educate, spark social change, and make us laugh is a rare combination in a young artist. I love how Cornell helped to shape them, but more importantly, how they have shaped Cornell.” 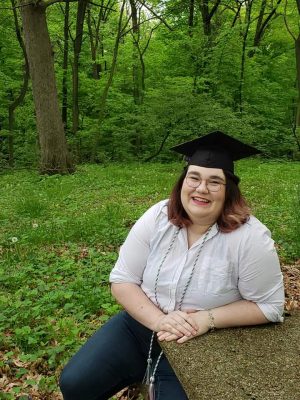 Favorite spot The bench outside of Armstrong Hall. It is right under a tree, and I have a view of Armstrong and the President’s house. It is a nice spot to sit when it is nice outside and do my homework, read, call my mom, or just sit. Plus, a lot of times my friends would walk by on their way in or out of Armstrong, and I was always able to say hi.