Sophomore transfer from: University of Bridgeport in Connecticut

Coming to Iowa from New York challenged Max Ishmael ՚20. He had to leave behind his family and friends.

“They were all shocked when I said that I wanted to go out to Iowa, in a small, yet truly American, town,” says Ishmael.

What was this small Midwestern community going to be like? Ishmael had his own reservations, as is often the case when imagining something you’ve never encountered before.

Thankfully, he took that leap because many faculty and staff at Cornell are so glad he came and are not shy to sing his praises.

Professor of French Rebecca Wines says Ishmael enthusiastically embraced educational experiences such as learning to kayak and dance bélè in Martinique, delivering a monologue from a 17th-century French play, and composing and sharing sonnets in a class session modeled on a French salon of the 1700s. She says that his willingness to push himself, combined with his good humor and self-reflectiveness in doing so, helped make him a quiet leader.

“Max is one of the most mature, reflective students I have met at Cornell. He thinks deeply about everything and his interests and activities embody the liberal arts ethos,” Wines says.

Ishmael is an athlete and a musician with interests that span criminal justice, creative writing, philosophy, and French and Francophone literature and cultures, Wines notes.

Professor of English and Creative Writing Rebecca Entel points to Ishmael’s wide successes while at Cornell, from his three years working as a peer consultant in the Writing Studio, to his commitment to his soccer team for which his dedication earned him 2020 Cornell’s Sportsman of the Year, serving on the editorial board of Cornell’s student-produced literary magazine, Open Field, and his internship at the distinguished Chautauqua Institution, a non-profit educational institution in southwestern New York state dedicated to the arts. 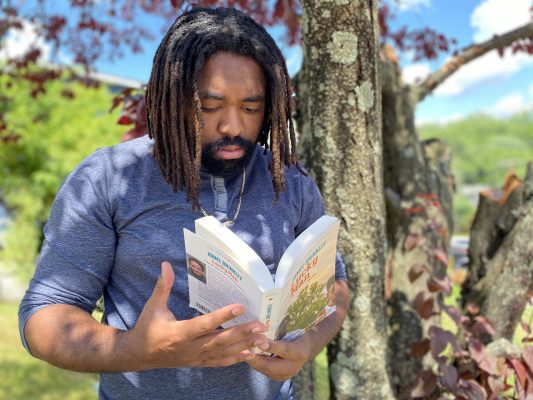 “He’s a voracious reader—the kind of student who is always talking to his professors about the authors he’s reading and his own ambitious writing projects,” Entel says.

Ishmael says he’s grateful he took that chance and came to Cornell. He attributes Soccer Coach Nate Grosse and the soccer team for his transfer to the Hilltop. He feels that his life as a student-athlete at Cornell has made a huge impact on his college journey.

“The sometimes harsh lessons that you learn while playing sports, whether it be about playing time, not winning enough, or even interacting with other personalities, stick with you throughout your entire life,” Ishmael says. “Coach Grosse sold me on the idea of building a program, and I didn’t know how much that meant to me until he gave me the captain’s armband senior year. Building a program means that there are going to be some rough stretches, but it only makes the success even sweeter.”

Ishmael has discovered a particular type of freedom in the expressive art form and in the craft of writing. It’s satisfying. Enriching. He also believes he is a better writer for having studied French.

“The topics that I try to write about usually discuss issues surrounding the Black community in America, and the study of different [African and] Antillais leaders in my French classes—such as Aimé Césaire, Léopold Sédar Senghor, Raphaël Confiant, and Daniel Boukman—help me realize that these topics not only intersect but build off of each other,” Ishmael says. “It’s my job as a fiction writer to find ways to elevate the conversation.”

Ishmael traveled overseas twice, for French 205 in Aix-en-Provence and French 312 in Martinique. The immersive experience in France and Martinique helped Ishmael’s language abilities and allowed him to observe Francophone value systems and ways of life.

He received the Eugene Elkins Award for Excellence in French. 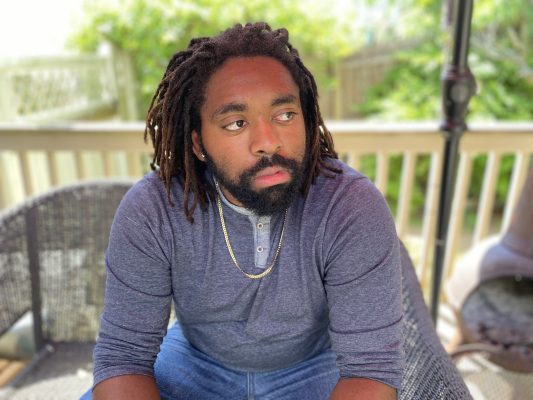 “It meant more to me than I could imagine, probably because I didn’t even think that I would be a French major coming into college,” he says. “At my previous institution, they didn’t have a French department, and they hired outside professors to teach 100 level French courses so that students could only fulfill their requirements and not fully delve into the major. Admittedly, I lost some drive to continue studying French because of the system, and with the idea that I was starting over again. Through the dedicated instruction from Professors Rebecca Wines and Devan Baty, rekindling the process of learning French was enjoyable and, in turn, life-altering.”

It took Ishmael two years to write his novella, “Pockets,” in which he fleshed out the concept, the supporting details, and completed a draft that he is now seeking to publish. His novella is what Ishmael considers his greatest accomplishment so far. That and working with the Director of the Writing Studio Laura Farmer as a writing consultant for three years.

“Laura Farmer and the Writing Studio at Cornell has given me a place to explore the different ways that students learn, tackle writing assignments, and, most importantly, think,” he says. “This hands-on method of teaching is powerful and is one of the parts of Cornell that I will probably miss the most.”

Not surprising, next up in the fall for Ishmael is graduate school. Specifically, earning an M.F.A. from the Writer’s Foundry at St. Joseph’s College in Brooklyn.

“I was just accepted into the Hurston/Wright Foundation’s Weekend Writers Workshop with Jamel Brinkley,” he says. “That, sending my story out to journals, and preparing for the M.F.A. has been the extent of my quarantine summer!”

Favorite food Turkey Burgers—they don’t come often but when they do, they’re always solid.
What he’ll miss the most Competing with my teammates on the soccer pitch and working at the Writing Studio.