From Kathmandu to Australia, Politte-Corn ՚20 traveled a path to self-discovery

From Kathmandu to Australia, Politte-Corn ՚20 traveled a path to self-discovery 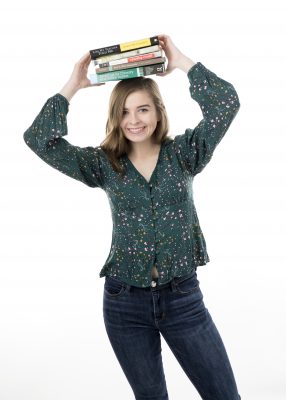 Degree: B.A. in psychology with a minor in statistics

Maddie Politte-Corn embraced the challenge of self-discovery during her four years at Cornell College. She says she had to do a lot of exploring in order to better understand herself.

“As I was going through this, it was easy to feel lost or disheartened at times,” Politte-Corn says. “But looking back now, the experiences I’ve had over the last four years—doing a sweat lodge ceremony with Lakota in South Dakota, doing yoga on the roof of an Ayurvedic school in Kathmandu, collaborating with an international research mentor—are so beyond the scope of anything I could’ve imagined as a senior in high school. Self-discovery has been a challenging yet beautiful process, and Cornell has offered so many opportunities for intellectual growth.”

As Politte-Corn progressed in her psychology major, she quickly began to understand the importance of research and decided a minor in statistics would be beneficial. She carries a passion for helping people, especially preteens and teenagers, who struggle with mental well-being. She wants to be prepared for a career in which she can alleviate this demographic’s struggles.

Professor of Psychology Melinda Green, Politte-Corn’s academic advisor, spurred her on to reach out to researchers who were actively involved in conducting research on areas she was similarly interested in pursuing. So, she did. And that’s how she landed her Cornell Fellowship—Bryan International Fellow in Adolescent Well-Being—in Australia under the mentorship of Dr. Jasmine Fardouly at the Centre for Emotional Health, Macquarie University in New South Wales.

“Taking the initiative to pursue a research experience that was meaningful to me, and traveling to the opposite end of the world by myself to do it, is an achievement that I am very proud of,” says Politte-Corn.

While in Sydney, Politte-Corn worked on her own independent research project which investigated the impact of no-makeup selfies and positive appearance comments on young women’s body image, which became part of her honor’s thesis. She also worked on other research projects related to social media and adolescent well-being.

Her journey of self-discovery has been punctuated throughout her time at Cornell with experiential learning opportunities. She studied the psychology of the Holocaust in Eastern Europe, the anthropology of health and well-being in Nepal, and interned at Tanager Place in Cedar Rapids.

“Collectively, these experiences taught me that there’s always more to learn, from every new place, situation, or person that you meet,” she says. “Also, many of these experiences were inspiring to me because they showed me how incredibly resilient we are as humans. I learned this both from other people—learning about Holocaust survivors and getting to know the strong, gritty clients at Tanager—and from myself. Who knew I had it in me to trek through the Himalayas?”

Next up for Politte-Corn: a doctoral degree in clinical psychology in order to prepare for a career in academic research and to work directly with children and adolescents. She feels Cornell has prepared her well for this next stage of her educational and personal journey.

“Logistically, the block plan produces students who are highly efficient workers with strong time management skills,” she says. “Intellectually, the block plan is a nursery for critical thinking and new perspectives. It may sound like I’m exaggerating here. The small class sizes, the close relationships we have with professors, and the opportunity to focus on one course at a time—these things are so normalized at Cornell. But these things really will change the way you think about the world and how you interact with other people if you’re willing to let them.”

Now that Politte-Corn is a Cornell alumna, she will be in good company among all of her family members who are also alumni of the Hilltop—John Michael Corn ’96 (her father), Kristina Hochwender ’88 (aunt), Cris Hochwender ’88 (uncle), and Cornell Board of Trustees member Adrienne Corn ’93 (aunt)—make Politte-Corn’s addition to their ranks quite the family legacy. 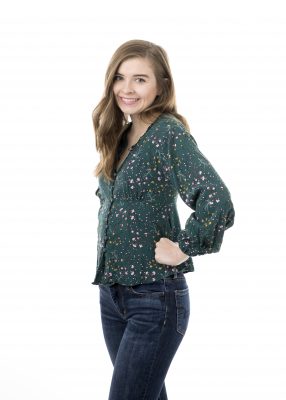 Favorite spot on campus “I like to do homework in the library and I almost always sit at the table directly across from the Writing Studio. I can see the Ped Mall and King Chapel from there and I get encouraging smiles from Laura Farmer as she walks by.”

What she’ll miss the most “I’ve worked [as a barista] at Fuel since I was a sophomore and have gotten really close to some community members in Mount Vernon. I will miss the conversations I have with them and the support I’ve gotten from the people I’ve gotten to know through Fuel.”