The U.S. Department of Energy’s National Nuclear Security Administration, a team that oversees the entire U.S. nuclear portfolio, is “loaning” Nicholas Wondra ’09 to a member of Congress for a year as part of a Congressional Fellowship. 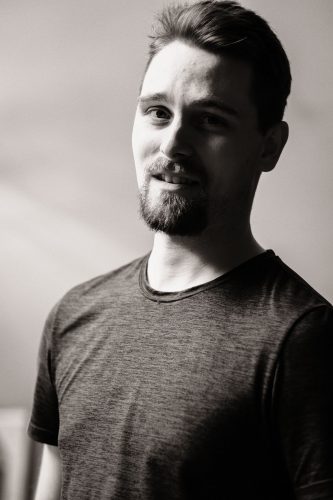 Wondra has built a reservoir of international experience that makes him a valuable career civil servant. It began in high school when he lived in a section of Ukraine known as the Crimea Peninsula, as part of a Rotary Club exchange. Wondra studied Russian, in part because his younger sister was adopted from Russia, and chose to major in Russian at Cornell (his second major was international relations). Later he earned his master’s in international economics and international relations from Johns Hopkins University.

As a senior in high school, Wondra interned in the Colorado Office of International Trade and Economic Development. It was this stint that led Wondra to take politics courses at Cornell.

Wondra was pushed (in a good way) by Cornell politics professors Robert Sutherland and David Yamanishi, both of whom he credits with influencing him and inspiring him toward advanced courses and a trajectory of public service.

He interned as a Cornell Fellow with the Department of State at the U.S. Embassy in Armenia in 2008, where he reported on post-presidential clashes between protesters and the military. Immediately after graduating Wondra won a Fulbright to the Republic of Georgia, where he conducted interview-based research, traveled, and lectured to undergraduate students until 2011.

“Working at an embassy is like no other experience in one’s work life,” Wondra says. “I’ve now worked at three U.S. embassies, all in former Soviet countries—Armenia for that internship, in Kazakhstan a couple of years ago when I went to assist our attaché there, and Ukraine, which was last September when I was the acting Department of Energy director there. But the applications and concepts I learned at Cornell really lend themselves to that environment.”

Many U.S. agencies are represented at an embassy—including law enforcement, commerce, energy, and agriculture—and it takes a lot of mental gymnastics to appreciate all those missions, all in one place, in such a short amount of time, Wondra says.

“Basically, the block plan on steroids is being able to accomplish something with the cooperation of the U.S. interagency community in that short amount of time. The block plan instills confidence in graduates in a way that a large, traditional, four-year state university doesn’t. I can do anything for 18 days. I can sprint for the purpose of accomplishing a project solo or with a team of co-workers. It doesn’t matter what the subject matter is. I know that I can apply myself and be successful at it. One month—that’s the time horizon for a lot of private- and public-sector projects.”

At one point in our interview, Wondra’s phone rings. He finds out later the call was to inform him of his Congressional Fellowship placement in Sen. Ron Wyden’s (D-OR) office where he will work on energy, natural resources, technology, and defense issues.