John Rizzardini ’79 has helped start four franchises, most recently NHL Seattle, the ice hockey team set to begin play in 2021. He was also a key player in launching the Seattle Sounders soccer team and opening the Staples Center in Los Angeles and GM Place in Vancouver, British Columbia. 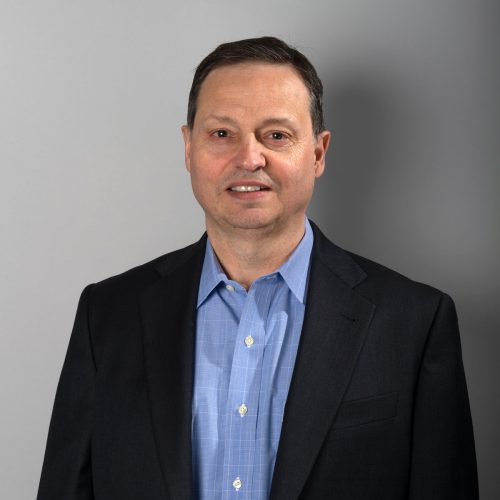 Once upon a time, Rizzardini managed Cornell’s intramural program.

“I moved from running the intramural program to running franchises,” he says. “I think I spent more time on it than going to class sometimes, but the results were there. It gave me a good foundation and helped shape my career.”

Cornell coach Rob Ash ’73 must have seen potential in Rizzardini when he asked the then-first-year student from the Chicago suburbs to take over the intramural program.

“He gave me a lot of latitude and counsel and direction. I was able to manage it for three-and-a-half years, and it gave me the confidence to pursue a career in the sports realm,” Rizzardini recalls.

“Small schools and organizations give you more responsibility early on, and it allows you to grow faster.”

After Cornell he worked for four years in fast food, fitness clubs, and factories. He never forgot how much he loved running the intramural programs though, so eventually he enrolled in a master’s degree program in sports management at Western Illinois University. He started his career in his late 20s.

Today he is executive vice president of business for NHL Seattle, a project that includes building a new arena, starting a franchise, building a practice facility, and building an arena and minor league team in California. He spent eight years with the Seattle Seahawks, the last four as chief operating officer overseeing the Seahawks, Sounders, and Qwest (now CenturyLink) Field. He also served in senior roles with the Minnesota Wild, Vancouver Canucks, the Golden State Warriors, Los Angeles Galaxy, Los Angeles Kings, and Oregon State University.

“I’ve done four startups. It’s exhilarating to start from scratch and build out an organization or a brand that you see come to life,” he says. “I’m a pretty patient, calm person. Staying close to the fans and observing their experience has been the key to making solid decisions on things like a team name, uniform designs, and building a game day experience.”

Even now he still thinks back to his experience with the intramural program, as well as his physical education and liberal arts courses at Cornell.

“I walked away with good skills in thinking and communications and treating people well. I don’t have a secret. Everywhere I’ve gone, I’ve said, “What’s the need here and how can I fill it?” If it’s the dirtiest job, I still raise my hand. In sports there’s such a supply of talented professionals that the ones who come in and solve problems do well.”