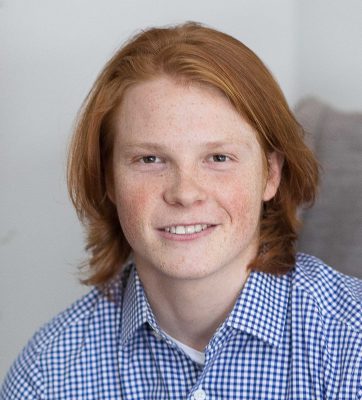 “We had an absolute blast through the competition, utilizing creative representations of data to explain trends in the soybean trade,” says Bressett, a mathematics and statistics and data analytics double major. “What impressed me most is how nearly every team explored their challenges a different way, used different models, different data, talked about different variables, yet all still arrived at a sound soybean price prediction. The world is significantly more connected than we perceive sometimes.”

Cornell sent two teams to the competition, one in two different divisions. Each student on the self-named Better This Year team also took home $300 in prize money. The Novice Division teams were tasked with helping farmers decide when to sell their soybean crops and worked primarily with import and export data on soybeans and other commodities as well as the world import and export data. The Novice Division was designed for students from schools with no or new data science programs.

Cannon says that the second team pushed themselves to be in the Undergraduate Division, which is typically comprised of schools with established programs in data science. The second Cornell team, self-named Mjolbypartiet, had their initial prediction results placed in the top half of the Undergraduate Division. Cornell students Chase Sonnemaker, Charlie Honigman, Ben Soderberg, and Asher Muse were tasked with finding a model for predicting the March, May, and July 2020 future prices on specific dates. They were given the same data sets as the Novice Division in addition to several other data sets.

After the competition, one of the professionals who had judged the team gave the team members his card, asking them to contact him when they graduate from Cornell and are looking for jobs. According to the United States Department of Labor’s Bureau of Labor Statistics, careers in math are projected to grow 26% from 2018 to 2028. This faster than average growth is predicted because of the anticipated need for skilled workers in data science. The median annual wage earned by those who work in mathematics and statistics was $86,700 in May 2018.