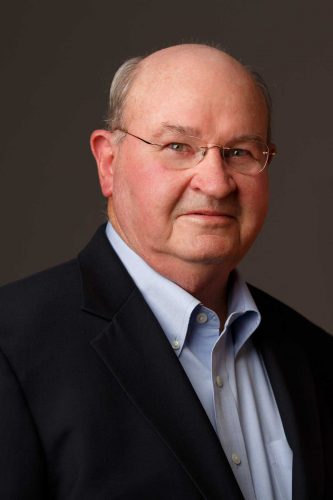 Born on a farm outside Clinton, Iowa, the 11th of 12 children, Parker became the first in his family to attend college. He majored in political science at Cornell and was president of the Young Democrats. After graduate studies at the University of Minnesota, Parker moved to Washington, D.C., where he began his 34-year career as a public servant. He worked in the Executive Office of the President for 10 years under Presidents Eisenhower, Kennedy, Johnson, and Nixon. After working on hunger and agriculture issues, he moved to the Office of Economic Opportunity, the think tank for Johnson’s war on poverty.

Parker served a National Institute of Public Affairs fellowship at Princeton’s Woodrow Wilson School in 1969–1970, then returned to Washington to work at the Department of Transportation, followed by the Environmental Protection Agency, and finally, the Department of Commerce. In 1980 he received the Presidential Meritorious Executive Rank Award.

He was a master gardener in retirement and greatly enjoyed fishing in the Shenandoah Mountain streams, travel with his wife Tina, his cairn terriers, strong cigars, and a good single malt scotch. He is survived by his wife and four children.