Magic: the Gathering was a surprise hit, a ’90s phenomenon that emerged from the game publishing house Wizards of the Coast. This first-of-its-kind trading card game steeped in fantasy vaulted Wizards of the Coast into gaming world fame. Originally, Magic was something Dungeons and Dragons (D&D) players would play between D&D sessions. 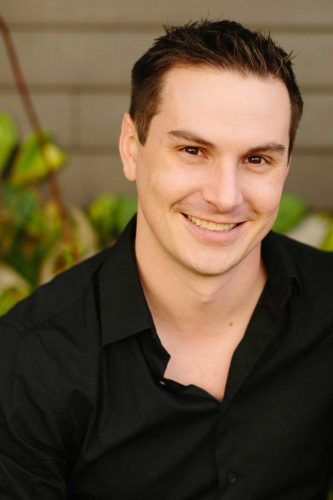 Today, Wizards of the Coast is owned by Hasbro, and Magic is an award-winning, multi-product dynasty—tournaments with cash prizes, digital gameplay, and even a Netflix series in development.

Blake Rasmussen ՚05 had a surprise encounter with Bill Stark ՚07 while playing Magic at a local gaming store. Stark was a freelance writer who covered Magic tournaments hosted by Wizards of the Coast, and he introduced Rasmussen to this dream gig. Rasmussen followed suit, initially covering just one or two tournaments a year, and eventually, he was covering one to two a month all over the world.

“My passport got a workout,” Rasmussen says. “I was working regular jobs during this time as well. I was a journalist, an editor, a public relations director, a marketing writer, and even a valet for a few carefree months. The whole time I was using my vacation to do my other job—while seeing the world.”

A position at Wizards of the Coast opened up that seemed like a perfect fit for Rasmussen, as editor of DailyMTG, an online news hub with daily updates on the game.

“It was the perfect combination of my career in journalism and communications, and my love and knowledge of Magic,” he says.

And he turned it down.

“For personal reasons. But after my situation changed, I sent an email to my would-be boss about something innocuous but related to the job.”

His future boss asked him if he was still interested in the job. Yes, he was.

“Three weeks later I was living in Washington state,” Rasmussen says, where Wizards of the Coast has its headquarters.

The former Cornell politics and philosophy major is now senior communications manager on Wizards of the Coast’s franchise team.

“The franchise team looks after everything Magic does—from the main card game all the way up to the recently announced Netflix series,” he says. “Our role is to know everything and make sure all of the various trains run on time and in the right direction.”

To say he loves his work is not an overstatement.

“I get to have my hands in stuff that as a fan I would have gone nuts for,” Rasmussen says.

“Everything leads to something else,” he says. “Make connections, meet new people, and share the things you love.”

Life in this way is a little like gaming, actually.