Soprano Lisa Hearne and pianist Joyce Strabala will collaborate in a recital of “Greatest Hits” at 7:30 p.m. Tuesday, Oct. 22, in Ringer Recital Studio of Armstrong Hall at Cornell College. It will be Hearne’s 14th and final faculty recital at Cornell before her retirement in May after 28 years in the Department of Music. 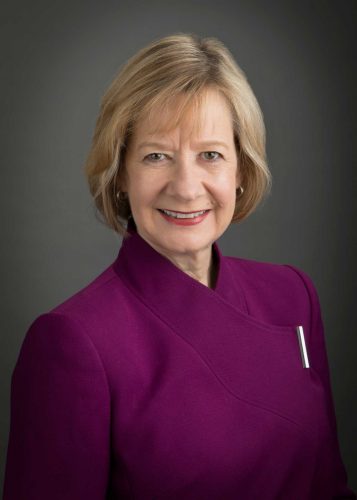 “Our program title, ‘Greatest Hits,’ is a bit tongue-in-cheek, but we are reprising some favorites from our time at Cornell along with our new pieces. There are also songs we’ve taught but never performed—pieces we have really learned from our students,” Hearne says.

Hearne and Strabala, a Cornell piano instructor, will perform well-known art songs and music theatre pieces by composers ranging from Bernstein and Scarlatti to Sondheim and Kurt Weill.

One of the featured works is “Visits to St. Elizabeth’s” by composer Ned Rorem on a text by Pulitzer Prize-winning poet Elizabeth Bishop. The poem is about controversial American poet and journalist Ezra Pound, who was confined to an insane asylum after World War II rather than face charges of treason for his support of Mussolini.

Hearne serves as music department chair, choral director, and head of vocal music at Cornell. She earned her doctorate in choral conducting from the University of Iowa, her master’s degree in vocal performance pedagogy from Arizona State University, and her bachelor of music degree in music education in piano and voice from Eastern Illinois University. Strabala is a 1988 graduate of Cornell College in piano performance.