How do you describe a well-rounded liberal arts graduate? You could start with Brian Gilg ’16: An international relations major, a music minor, and a member of Cornell College’s Pandemonium steel drum ensemble that played Mardi Gras parades in New Orleans his senior year. 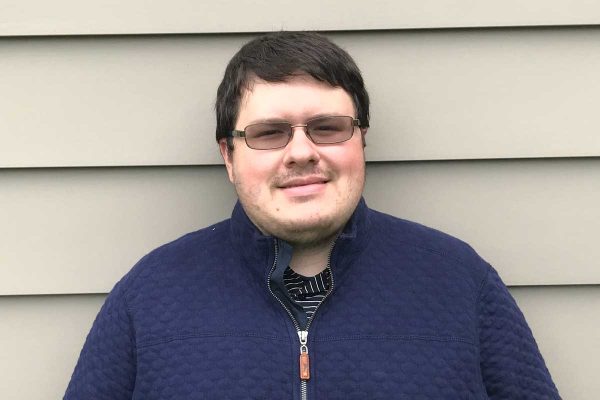 In addition, he learned German at Cornell and makes sure it’s part of his everyday life.

“I try to use my German daily, at least by reading news articles in German,” he says. “In my current role, I encounter German words and phrases on rare occasions so it is beneficial not having to go and look up those words.”

Gilg lives in Des Moines, Iowa, where he is an operations processor II at Wells Fargo and a researcher for the Stanley Foundation.

He says the mechanics of learning a new language are transferable to other areas of study.

“Because German is a lingual relative of English, I found that learning grammar and syntax of German deepened my understanding of English as well. It also provided an entry point to learning about the culture, history, and politics of another part of the world.”

In addition, he says, it’s a great way to make connections: “I’ve gotten to know a few people I would probably not have if we hadn’t had German in common.”

Cornell’s German program is noted for innovative programming. Every year since 2016, Assistant Professor of German Studies and History Tyler Carrington has received a grant from the German embassy to fund a week of campus programming on German culture. Carrington also hosts Stammtisch, a dinner table for speaking German, on Wednesdays at Cornell’s Hilltop Cafe.

Gilg’s advice for language students is to enjoy the experience and opportunities.

“Make it fun. Listen to music and watch TV shows in the language. Take advantage of language clubs,” he says. “There are a lot of tools and strategies for learning languages. There’s at least one if not more that will work for you.”