In the afternoon, you can often see a purple glow and hear a lot of chatter coming from what used to be known as Shaw Lounge inside Thomas Commons. 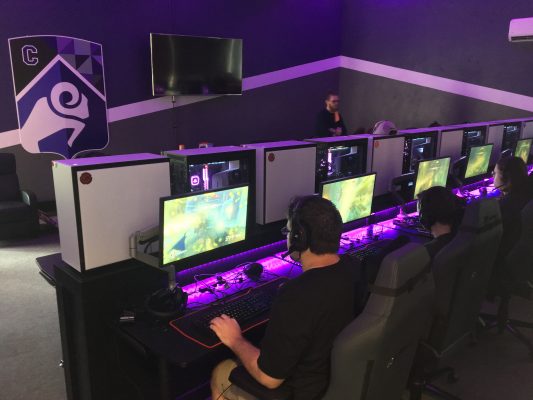 The arena looks great,” said Edan Cohavi, who is a member of the new esports varsity team. “The computers are beastly, the chairs are comfortable. Everything is good.”

Head Coach and Program Director for Esports Mayson Sheehan just filled the varsity roster with 18 students for Cornell’s inaugural year. The esports team will compete in matches for the game Overwatch.

“We’ll be getting into the Tespa Varsity Series which is sort of the premier league,” Sheehan said. “Blizzard, which is the company that makes Overwatch, they’re the league sponsors. Our application was accepted there, and that’s great. Our first qualification to see if we can break into that upper bracket is Sept. 21 and then from there we play starting on Oct. 5 until late November.”

Cohavi, a sophomore from Kansas City who plans to major in kinesiology and minor in music, says he was thrilled to hear that Cornell was getting into the competitive esports field. He’s already met a lot of new people and enjoys playing with the team in the new arena.

“I played soccer and basketball through high school,” Cohavi said. “I love working with people, I’m a very competitive person, but it’s even better to be part of a team with something that I really love. Over the years, I’ve put so much time into this game, and to actually have it realized as something I could be good at, and people recognize that–it’s really fun.”

Sheehan is also having fun getting to know the students and getting the new team trained for their upcoming competitions. The coach has a background in education and says Cornell students are eager, interested, and motivated. 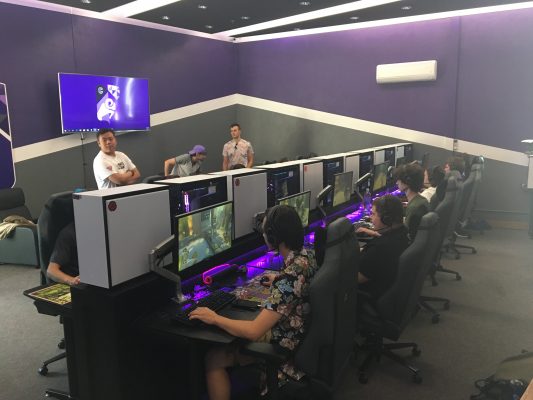 Just like many traditional sports, students will practice two hours, four days a week, following afternoon classes. They’ll also participate in other physical fitness and team-building exercises throughout the season.

“These students are learning how to communicate and how to work on a team,” Sheehan said. “We have some students coming out for our esports program who wouldn’t otherwise participate on a sports team, so they are getting the opportunity to work with a team–helping each other in and out of the game. I think it just opens up a lot of opportunities, especially for those students who wouldn’t otherwise be participating in sports.”

Sheehan will also organize an intramural version of esports where students will compete against other Cornell teams instead of other college teams. The arena will be open for any Cornell students from 1–4 p.m. and 6–9 p.m. on Saturdays and 6–10 p.m. on Fridays during Block 1. The open hours will likely be extended later in the year as the program continues to grow. The public is also welcome to try out esports and Cornell’s new arena during the 1–4 p.m. open hours on Saturday.

As students get their hands on the new equipment and practice Overwatch, the buzz in the room gets louder. Looking around, many are falling in love with the new space and the friends they’re scoring along the way. 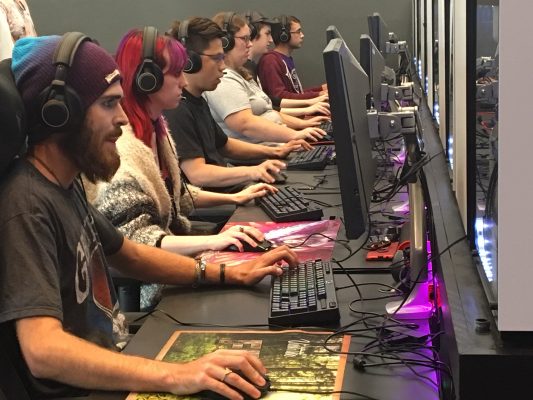 “We transitioned the arena from a room with a couple of chairs stacked in the corner to this in just a couple of months. So far, over a tenth of the school has shown interest in the program. Last week we had a meeting and had 98 students show up. We’re really pleased and excited to not only have our varsity and intramural programs up and running but to have open arenas as well.”

Sheehan will actively recruit team members for the future of the program with the possibility of earning scholarships to play with the Cornell Esports Team. If current or prospective students have any questions about the esports program, please contact Sheehan at msheehan@CornellCollege.edu