Cornell College’s music, theatre, and art departments will present a world premiere and a U.S. premiere among a diverse range of performances and exhibits in 2019–20. All events are open to the public and admission is free for music and art events.

The Cornell Department of Music has two must-see, large-scale concerts this year, one in the fall and one in the spring. In addition there are faculty recitals by soprano Lisa Hearne and baritone Benjamin Laur, and concerts by jazz, steel drum, and symphonic band ensembles as well as the orchestra and choirs.

Cornell’s fall Symphony Orchestra and Choral Concert will be the U.S. premiere of Douwe Eisenga’s “The Flood, Requiem” at 7:30 p.m. Friday, Nov. 8, in King Chapel. Professor of Music Martin Hearne chose this piece because of this year’s historic local and national flooding. Eisenga will be on campus leading up to and during the performance, which is supported by the Performing Arts Fund NL in the Netherlands. Soloist is mezzo-soprano Kelly Hill.

The spring combined concert on April 17 features a performance of Karl Jenkins’ 2010 composition “Gloria.” This will be the final concert for conductors Martin and Lisa Hearne, who will retire from Cornell after 28 years. To celebrate the event, Cedar Rapids Kennedy High School and Solon High School choirs under the direction of Storm Ziegler ’94 and Joel Foreman ’05 will join the Cornell Orchestra and Choirs for this large production at 7:30 p.m. in King Chapel. 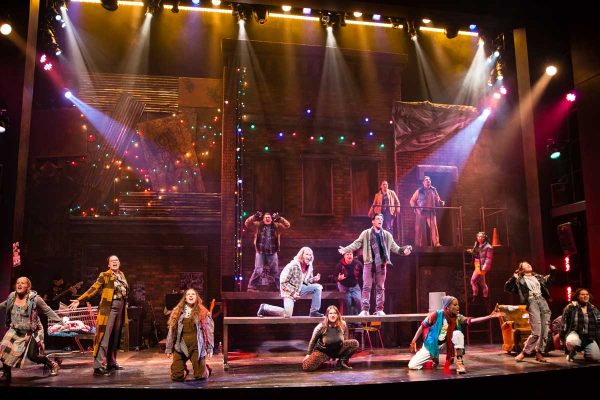 The Department of Theatre and Dance season includes a world premiere devised piece, “The Drowning at Red Rock,” April 2–5. Other productions will be Stephen Sondheim’s charming and bittersweet musical revue “Marry Me a Little,” “A Charlie Brown Christmas” with Cornell’s Student Theatre Council, “The Wolves” by Sarah DeLappe, and the musical “The Spitfire Grill.”

See dates and details for the 2019-2020 Cornell theatre productions.

For ticketing information, reservations, and directions to our theatres, please contact the Cornell College Box Office.

The season at Cornell’s Peter Paul Luce Gallery in McWethy Hall has begun with a Studio Art Alumni Invitational: “Self-Portrait As … (Point of Departure).” The gallery is full of works by Cornell alumni on view through Oct. 27, with a closing reception on Oct. 26 during Homecoming.

All shows are in the Peter Paul Luce Gallery in McWethy Hall. Gallery hours are 9 a.m. to 4 p.m. weekdays and 2 to 4 p.m. Sunday. Admission is free.