Children’s Hospital Colorado has been a host site for Cornell interns since the beginning of the Cornell Fellows Program in 2005, but the summer of 2019 was the first time Cornell was able to send two interns in one summer to one of the top children’s hospitals in the nation.

“The Dimensions Operations Committee and the Fellows Committee of the Berry Career Institute reviewed all applications, and felt strongly that Penny and Alicia would both learn from and contribute effectively toward the work at Children’s Hospital, and be exceptional ambassadors for Cornell,” said Associate Director of Dimensions Mark Kendall. “They were excelling academically, engaged on campus outside of their classes, and thoughtful in the meaning of this internship and their career goals. As a result, I coordinated with our contact at Children’s to arrange for two internships this summer.”

Phillips and Peng didn’t know each other prior to this experience but bonded during their 10-week, research-based Fellowships.

“We talked a lot about our projects and challenges we were facing throughout the internship. We also got to know more about each other outside of the hospital and ultimately become good friends.” Phillips said. 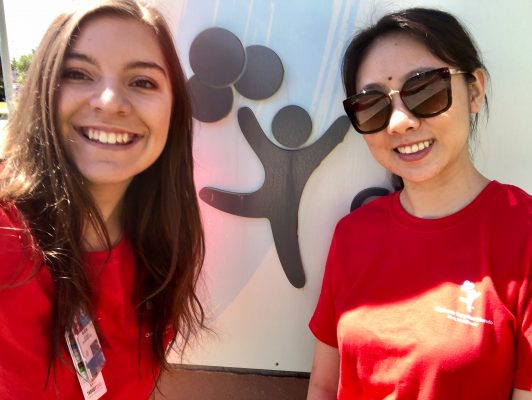 “We shared what we did, what we saw, and how we felt at the end of the day,” Peng added. “It was really nice to have a familiar face and someone to talk to when we were feeling down or tired.”

While they worked in the same hospital and enjoyed spending time together, their areas of pediatric research were different.

Phillips spent her summer researching pediatric physeal fractures in tibia and femur, which are breaks in a child’s growth plate or area where the bone is still growing.

The Colorado Springs native says current research on the topic is limited and outdated.

“This project is very important in identifying factors that are related to these injuries and any subsequent growth disturbances,” Phillips said. “This is especially important for kids who are not close to skeletal maturity, as they can have serious and detrimental effects as a result of a growth disturbance. Physeal fractures are common and comprise about 15–30% of all childhood fractures; a significant portion of pediatric orthopedic injuries.” 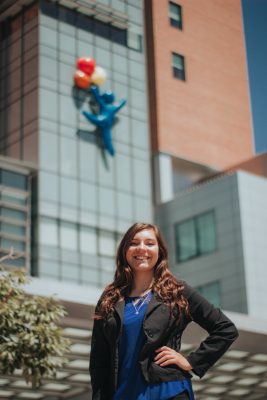 She also said there aren’t any surgical techniques or treatments that regenerate damaged physeal tissue, but doctors she collaborated with in the lab are working on a solution by studying potential stem cells and developing a 3-D printed growth plate that will grow with the child.

The biochemistry and molecular biology major learned a lot about her research project and others by completing medical chart reviews, data entry, going through doctor’s notes, attending lectures, and reading clinical scientific papers. She also learned the importance of teamwork and collaboration and says Cornell helped her excel in the hospital.

“The courses I have taken at Cornell emphasize communication, handwork, and critical thinking; all of which I have applied this summer,” Phillips said. “I was also able to get a lot of work completed in a short amount of time, which I attribute to the skills I have learned in the classroom at Cornell. We go into depth in a subject and know how to evaluate the important information as well as manage our time. All of these important skills have become habits as a result of the block plan.”

Phillips is looking forward to becoming a pediatrician, and after this internship has new ideas about specializing in an area such as orthopedics or sports medicine.

The Cornell student from Guangzhou, China, explored the risk factors for patients whose bones fail to heal following tibial shaft fractures treated with intramedullary nails, or rods used for fractures in the long bones of the body.

She says Professor of Biology Barbara Christie-Pope’s Anatomy and Physiology class gave her many of the skills she needed for this Cornell Fellowship. 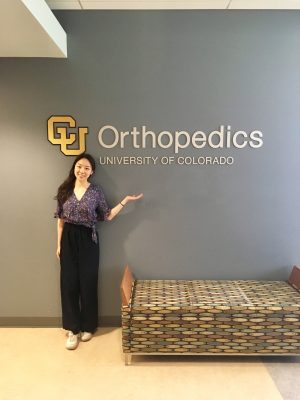 “In addition to lectures, histologies, and cadaver labs during the course, we were assigned a case each week given the demographics, symptoms, and relevant test results,” Peng said. “We had to come up with a diagnosis and figure out the mechanisms of the disease by doing a large number of literature searches. At the end of each week, we gave a presentation to the whole class under Barbara’s critiques, which was a lot of pressure. However, this experience has prepared me for what I was doing, since research requires important skills such as trying to answer questions on our own and presenting results to the public.”

During her Fellowship, she attended several medical lectures and spent time making connections with other experts in the field. The internship helped Peng realize how far she’s come in her time at Cornell and what she wants to work on when she returned for her junior year. She’s also already making big plans for the future.

Cornell Fellows is the college’s premier opportunity for high-level internships and professional mentoring, coordinated by the Berry Career Institute. Approximately 20-25 students participate in fellowships across the United States and internationally each year. Cornell Fellows are engaged in hands-on projects throughout the eight-week fellowship, complete at least one academic credit, and receive financial support to offset costs associated with housing, transportation, food, and supplies. Students can apply for opportunities at existing Cornell Fellows sites or request funding to support an internship at a new site that they propose.