Michael McGrane ’72 is a natural born leader—tour leader that is. 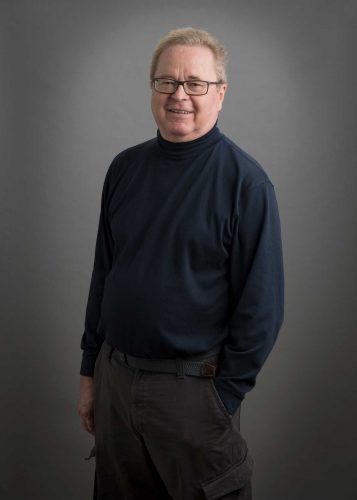 “I love to give tours,” he said by phone from his home in North Carolina. “My family will say that when people come to North Carolina or have visited other places with us that I am always taking them on tours.”

His latest tour guide gig is perhaps his most unique. McGrane leads tours at Duke University’s Lemur Center, the world’s largest collection of lemurs outside of their native Madagascar.

“I don’t think I had ever heard of a lemur, the world’s most ancient primate,” he said of learning of the world-renowned Duke Lemur Center. It’s evident McGrane is a fast study, rattling off the facts he’s learned in the last four years faster than a lemur can climb a tree.

“Unlike all other primates they have a semi-opposable thumb. And they are female dominant, so living in social groups the females eat first, choose their mates, and there’s an alpha female who’s in charge.”

The first to admit he’s come a long way from growing up in Waverly, Iowa, McGrane is a first-generation college graduate. He came to Cornell to study chemistry but soon switched his major. “I took a European history course with Eric Kollman and that really hooked me on history,” he said.

He spent first semester of his junior year in Germany on the Experiment In International Living program and continued studying German with Professor Charles Connell when he returned. “Someone told me then it would be life-changing. And it was. The whole Cornell experience was transformative for a small-town Iowa kid who really never ventured very far from home.”

After meeting his future wife Jan Sellen McGrane ’72 on a blind date, McGrane went on to law school at Georgetown University.

He spent his professional career in the pharmaceutical industry. McGrane held various positions with the U.S. Food and Drug Administration, Novartis Pharmaceuticals Corporation, and The Liposome Company, Inc. He ended his career as senior vice president and general counsel at Columbia Laboratories.

While retirement has made time for volunteering, McGrane also sees it as a time to keep learning. “I always wanted to learn Spanish so I’ve enrolled in several programs and feel comfortable in that language too,” he said.

He looks back fondly on his undergraduate experience and how it shaped his life. “Cornell was an adventure,” he said, noting that his brother—former Chair of the Board of Trustees John McGrane ’73—followed in his footsteps by enrolling in Cornell. “It’s where I got my love of languages and travel and I’ve been grateful for that my whole life.”