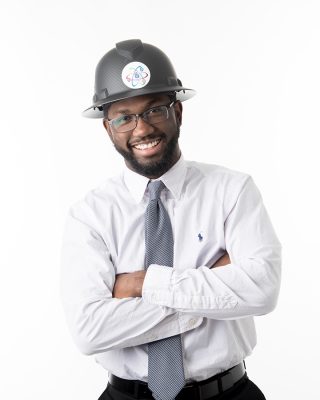 Milton Spradley ʼ19, a business major with a concentration in finance, wanted to further his education and continue playing football after high school in Florida. He knew Cornell College would enable him to pursue both opportunities.

Milton credits his dad with helping him decide on his major.

“I have always enjoyed working with numbers so pursuing business finance just made sense to me,” Milton said. “My dad owns his own moving company, and he has always stressed the importance of finance and how it is the backbone to running a successful business, so I believe that also was a motivator to choosing my major.”

Time management turned out to be a challenge Milton met head-on.

“Balancing school, sports, and being involved in the Cornell community is definitely easier now as a senior because I have accomplished good time-management skills,” Milton said.

As a senior defensive back, Milton represented the Rams on the All-Midwest Conference South Division First Team. Milton, a second team all-MWC pick in 2017, finished fourth in the MWC with 105 tackles from his hybrid safety/linebacker position. He registered 71 solo tackles, ranking fourth on Cornell’s single-season list and 11th nationally among NCAA Division III players.

Milton posted 7.0 tackles for loss and added two interceptions, a forced fumble, and a blocked kick. He tallied double-digit tackles in six games, including 16 stops at Grinnell for which he was named MWC Defensive Performer of the Week.

Milton wrapped up a fine four-year career with 265 total tackles in 39 games. His 180 solo stops stand fifth on the program’s all-time chart.

“I have dedicated a lot of my time and energy into the Cornell football program,” Milton said when asked about being named to the All-MWC First Team.

Milton also considers it an honor to have served as the Beta Omicron president.

“It means everything to me to be able to lead the members of our brotherhood,” he said.

Milton’s next big move: start a career and work hard until he can take over his dad’s moving company in the Sunshine State.

“The Commons—it’s a good spot to chill out with your friends and you can also get some homework done there as well.”

“Being a part of Special Olympics was really fun but also was a great experience. Giving kids and adults with special needs an opportunity to be active and have fun while being in a friendly environment created by student-athletes and student volunteers had a huge impact on my life. Seeing the bright smiles on all the participants’ faces as we played games with them, indulging in conversations with them, and learning about them is something that I will cherish forever.”

“I’m from the South so sweet tea at the Hilltop is my favorite drink.”