Set your intentions to transform your life

Set your intentions to transform your life 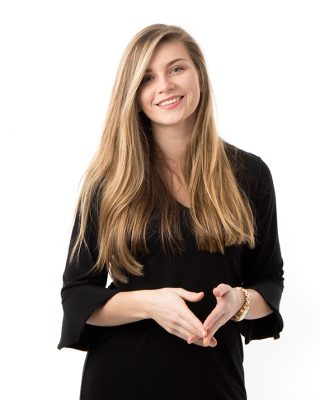 Vaughn Zittle ՚19, an international relations major, was a self-proclaimed slacker in high school and knew she wasn’t reaching her full potential because she didn’t fully apply herself to her studies. She said her time-management skills impacted her self-image.

“I accepted mediocrity. Eventually, though, I got fed up,” she said.

“I saw college as an opportunity to reinvent myself.”

Her high school counselor knew she needed to find a system that helped her avoid procrastination and pushed her to consider Cornell College specifically because of the One Course At A Time schedule, which can be the fast track to learning how to budget your time.

Vaughn dreamed of a college close to a beach and assumed she’d be moving to Florida or California for college. Her high school counselor kept insisting she consider Cornell, believing she’d excel academically due to the block plan. After some hand-written notes from Cornell’s staff and her counselor’s persistence, Vaughn set her sights on the prairies and hills of Iowa.

“To this day, it’s the best decision I ever made,” she said.

Vaughn pursued every opportunity she could while at Cornell and she did so with her own personal transformation in mind.

“I made it my intention each morning to give nothing but my absolute best in everything I did. I wanted to be involved in athletics, so I joined women’s lacrosse, a sport I had never played before. I wanted to be more connected to the campus community, so I became involved with Greek Life, Student Senate, and the Student-Athlete Advisory Committee. I wanted to strengthen my role as a leader, so I applied to the Leadership, Entrepreneurship, and Distinctive Service program, and became a member of ACTION, the female athletic leadership group on campus. I made it a goal to get as much as I could from my education and became the type of student I’ve always wanted to be as a result,” Vaughn said.

Vaughn credits her professors for pointing her to the many resources on campus that helped her progress and grow into her new role as an exceptional student, saying goodbye to her days of mediocrity.

“I became aware of the vast resources available to students like the Writing Studio, the Quantitative Reasoning Studio, and the access to free tutoring. I’ve taken advantage of these tools ever since,” she said.

Today, Vaughn is exploring career opportunities in Omaha and in Washington, D.C. She’s in the process of applying to master’s programs within the field of international relations.

“The view from the new Russell Science Center is stunning. I would highly recommend making the trek to the top floor to see for yourself.”

“You can never go wrong with the chicken quesadilla from Zamora’s. It’s absolutely delicious every time.”

“Women’s Lacrosse. I’ve met the most amazing people through the sport and have made friendships that I will cherish forever.”