Cornell College: A perfect fit for a veteran

Cornell College: A perfect fit for a veteran

While Ryan Wiley ’19 didn’t take a traditional path to college, his path is leading him to a bright future in international relations.

Prior to studying at Cornell College, he spent five years serving his country with the United States Coast Guard.

The Illinois native spent five years in the service. In his first year, he served as a fireman on a ship. For the remainder of the time, he served as an electronics technician for the Coast Guard’s fleet of ships, stationed in Sturgeon Bay, Wisconsin.

“I would make sure the radios worked, that their radar systems were intact, their depth-systems were all functioning together, and that all of those worked together to make sure the ships and their crews could do what they need to do.”

He recalls many memories, but one special mission sticks out. He was working to help people from Haiti after the massive 7.0 magnitude earthquake hit the island in 2010.

“We did migrant operations,” Wiley said. “We found people floating in the middle of the ocean trying to get from Haiti to Cuba, because from Cuba they could be smuggled into the U.S. Our mission was to find them and save them because they were being smuggled into these 100-foot sailing boats, over 100 people in each: men, women, and children in 100-foot sailing boats, that had no engines, no sails– nothing. Just floating on the current.”

When his time in the military came to an end, Wiley said he was ready to find a school that was the perfect fit to complete his education. His younger brother, Tim Wiley ’16, was attending Cornell College and told him about One Course At A Time.

“My brother was loving Cornell,” Wiley said. “I came and looked at Cornell while I was still in the service and I was like ‘OK, I like this place a lot’.”

The new Coast Guard veteran started his four-year college career at Cornell in 2015. Now he wants other veterans to think about attending Cornell because he says it was a smooth transition from the military, especially with the block plan schedule. 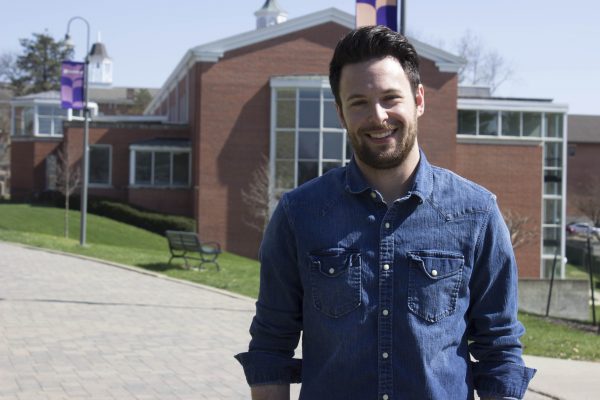 “I think if you are a veteran, you can apply your work ethic to an academic setting that is much more 9–5. The atmosphere and intensity you get at Cornell has parallels to the military. It’s just, obviously, academic versus a military setting.”

With Cornell’s One Course At A Time curriculum, students generally attend classes from 9–11 and 1–3 for 18 days before shifting to a new course. Wiley said it’s similar to a regular workday, which he was accustomed to during his service with the Coast Guard.

In May, the veteran graduated and plans on spending the summer working on a ranch while studying for the foreign service exam. He’s also planning on applying to the FBI and later on becoming a Homeland Security agent. This international relations major’s dream job is becoming a U.S. ambassador in another country.