“Every day is a good day.” — The Rev. William Tolbert III ’77, who was imprisoned for 20 months after his father, then-president of Liberia, was killed in a coup d’état.

Ah, the purple felt … there used to be an entire pool room in The Commons. Glad to see a purple table again! 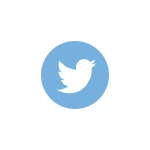 Having two sons in college, one a freshman at @CornellCollege and another a sophomore at CU Boulder. It is great that the freshman at Cornell has only one final to stress about next week, while the other son has four finals that he is worrying about. Mental health advantage! 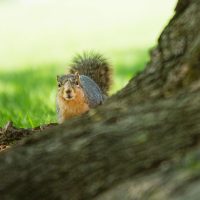 It was believed by many that @CornellCollege squirrels were unusually friendly.

Class of ’64 impacted Peace Corps
The Class of 1964 may have had the strongest impact as Peace Corps volunteers. There were four of us who joined the Peace Corps in that pioneering period: Donna Johnson Wright ’64, Byron Quandt ’64, Dick Calbow ’64, and I, Jerry Hildebrand ’64. It was a transformative experience in our lives and left an indelible impression on our futures.

Whale not 1st volleyball coach
The fall 2018 Cornell Report is excellent, as always! Cornell is fortunate to have had such a talented editor for so long.

I need to point out an error, however. In the section about Truman Jordan, it is stated that Ellen Whale was Cornell’s first volleyball coach. That is not the case. Wendy Cole was the coach for 1973-74 and 1974-75. Cindy Anderson was the coach for the next three seasons, 1975-76, 1976-77 and 1977-78.  I, too, was on the committee in 1978 that hired Ellen Whale, and she became the coach in fall 1978. I played for four years and was captain my junior and senior years. I wish I could have played for Ellen, but I graduated in spring 1978. The game has come a long way since then!

Remembering Milhauser
The late Registrar and Professor Emeritus of Classics Charles Milhauser was a lovely mentor for me when I arrived at Cornell, generous with his time and unstinting in his support. I owe him my job since he nearly single-handedly kept the classics alive from 1981, when the last tenured classicist passed away, until 1987 when I arrived. Somehow he managed to teach a Latin course each semester on top of his full-time duties as a registrar.

My favorite example of Charles’ graciousness came as I was interviewing for the Cornell job in San Antonio. Even though I arrived to the interview a day early, Charles made me feel at ease and complimented me on being early. And when the interview took place the next day, Charles made me feel so comfortable that I was able to show my best side and share my dreams for the position. Without Charles, I would not be at Cornell.

Director, actor remembered
I was saddened to read of the deaths of Professor Joseph Svec ’56 and my classmate Joy Coats Kowert ’66. Joe’s theatre history course was one of my most stimulating classes. I had the good fortune to act in three productions he directed, including “A Streetcar Named Desire” and “Death of a Salesman.” As a director he was creative but demanding, notably in the technical area. “Streetcar” contained over 120 lighting cues, unheard of at the time, at least at Cornell, and technical rehearsals could go on into the wee hours.

Joy shared the role of Linda Loman to my Willy in “Salesman,” with Reta Mitchell. Both were wonderful. And my project for the directing course was Sartre’s “No Exit,” with Joy brilliantly and chillingly playing one of the three major roles. May flights of angels sing them to their rest. (“Hamlet,” slightly paraphrased.)

Be part of the conversation
We are delighted to include letters and social media mentions for publication. Tag @cornellcollege to be considered on social media. Send letters to cornellreport@cornellcollege.edu or Cornell Report, Box 1663, 600 First St. SW, Mount Vernon, IA 52314-1098. Submissions will be edited for style, length, and clarity.